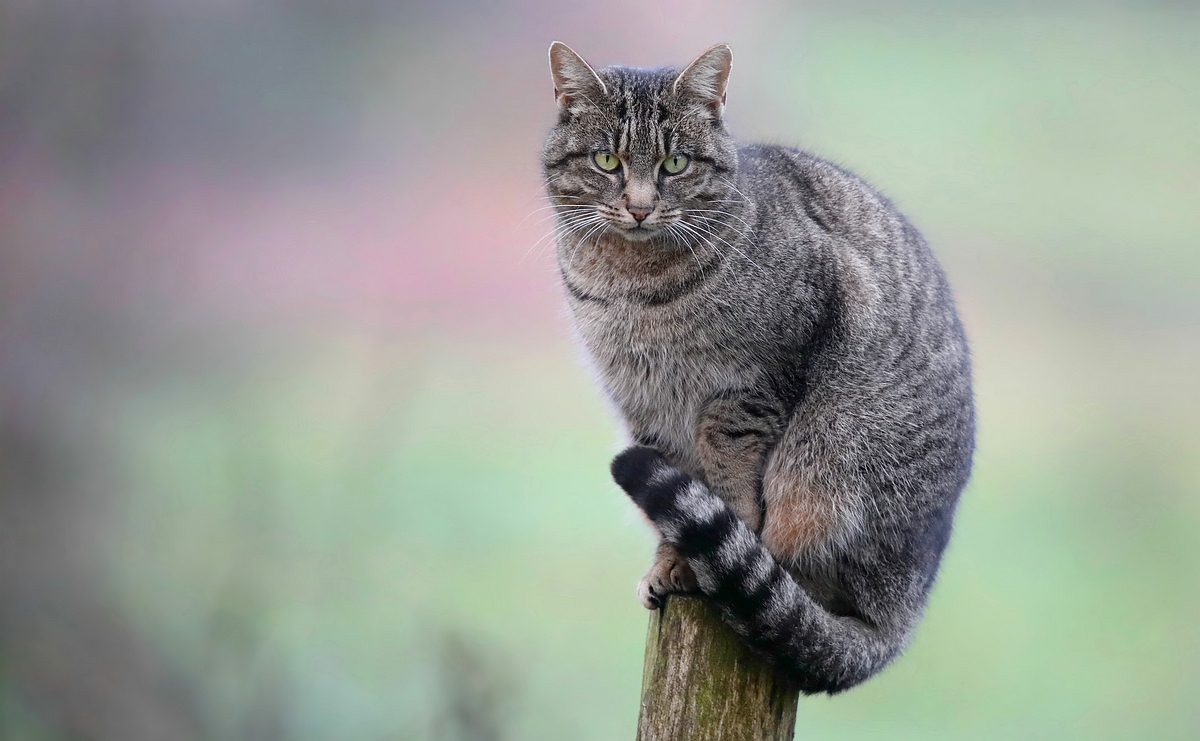 The European wildcat has a pretty thick coat, wide set ears, 3 to 5 black rings running across the tail and a rounded and black tail tip.
It's the ancestor of the well known domestic cat.

It’s a strong predator and its prey (rodents and birds) is caught with razor sharp claws and killed with a lethal bite to the neck or by suffocation.
Everything is consumed, including fur, feathers and bones.

A big thanks to ClaireLaira for the nomination of this picture !