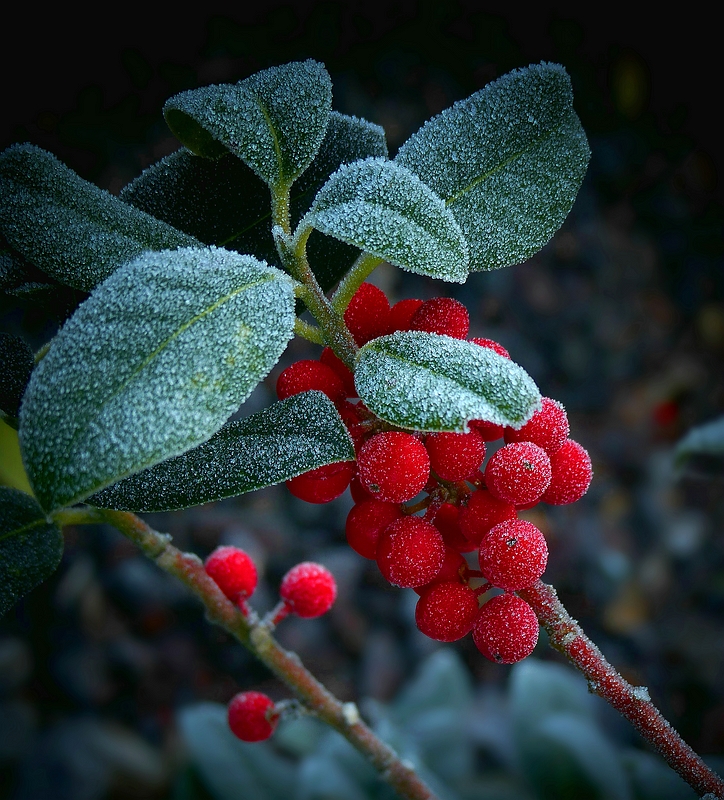 The holly is a shiny evergreen tree, native to western and southern Europe, that likes to grow in shady areas of oak and beech forests (also cultivated as an ornamental garden shrub).

The bright red holly berries are a very important source of food for birds, during winter when food is scarce.
Those berries are (light) toxic to humans, but are not harmful to birds.

A big thanks to mirko meloni for the nomination of this picture.