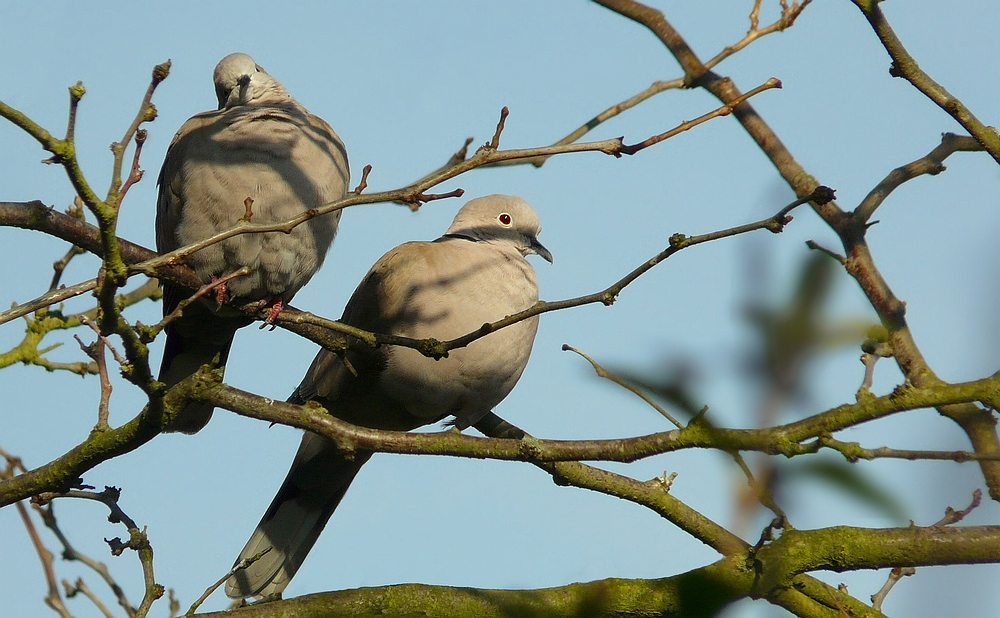 Still winter with cold temperatures, but love is already in the air !

Over the last century, the Collared Dove has been one of the great colonisers of the bird world.
Its original range at the end of the 19th century was warm temperate and subtropical Asia from eastern Turkey to southern China.
However, in the 20th century it expanded across Europe, appearing in the Balkans in the twenties and then spreading rapidly northwest in the fifties.

PS : If you should wonder where the feet of the right bird are, don’t worry, she’s not without.
They are just completely covered with warm feathers, or…….she is pregnant ?!