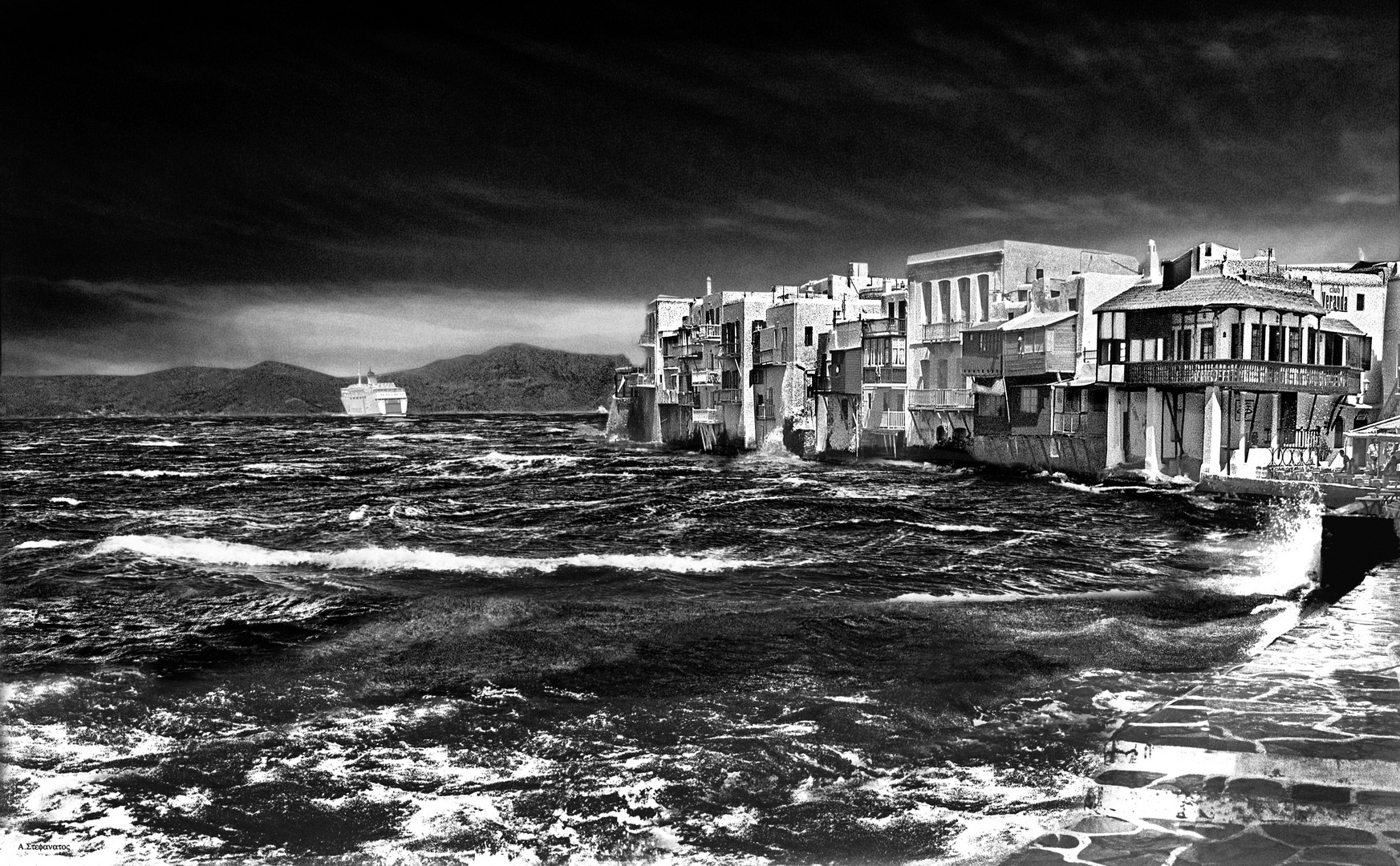 Aegean Sea Cyklades Mykonos
The tiny Cykladean island of Mykonos is among the most wordly known islands.Even from the fifties and sixties, European kings, shipowners, tycoons and strong businessmen, famous film stars, artists, fashion models and all sort of celebrities have set foot on the island for holidays on the beautiful shores or for private investments. There were times that the island reached considerable heights in esteem,reputation and high level of offered cervices without loosing its colorful traditional Greek character. There were restaurants much more expensive than in Athens but also many modest beautiful taverns where one could enjoy nice and cheep meals with the company of local folks and fishermen.
Nowadays the island retains, of course, its beauty,the nice shores, the many memories of the past glory and glamour but not its past high esteem and reputation. It has landed to a more "human",more modest and maybe more acceptable to middle class everyday standarts and to all sort of common and routine touristic services readily welcomed by foreign and local tourists. In summer and especially in July and August, the island is loaded with tourists that during the day are flat dead on the shores and from 10.00pm to 6.00am, up and fully alive in the inummerous taverns, bar,discos,cafes etc... In other words keep away from it during the summer months!.. Of course a lot of others, especially youngers will disagree to that and maybe they are, to a certain extent, right because this, more or less applies to almost all Greek islands in summer.
The photo shows maybe the most famous spot of the island, called "Little Venice", as the houses, most of them owned by rich proprietors are almost as ships in the water, having excellent view but also being exposed directly to weather conditions especially wind....