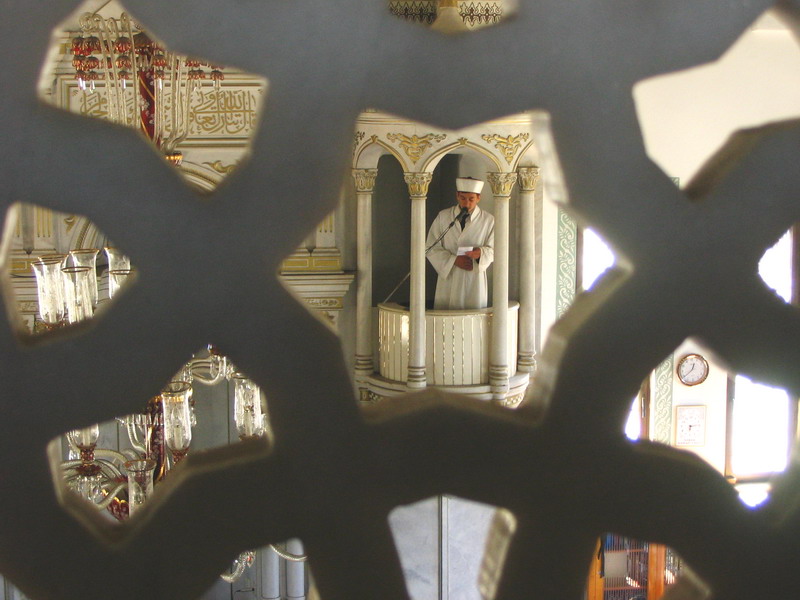 The imam in Friday prayer

The imam in Friday prayer

A imam giving Friday prayer speech which is called "hutbe" in Turkish. Like among Christians who go to church on Sundays, Muslims go to mosques on Fridays. It is known that Friday is the holy day of Muslims. This pic was taken during the Friday prayer speech in a mosque.