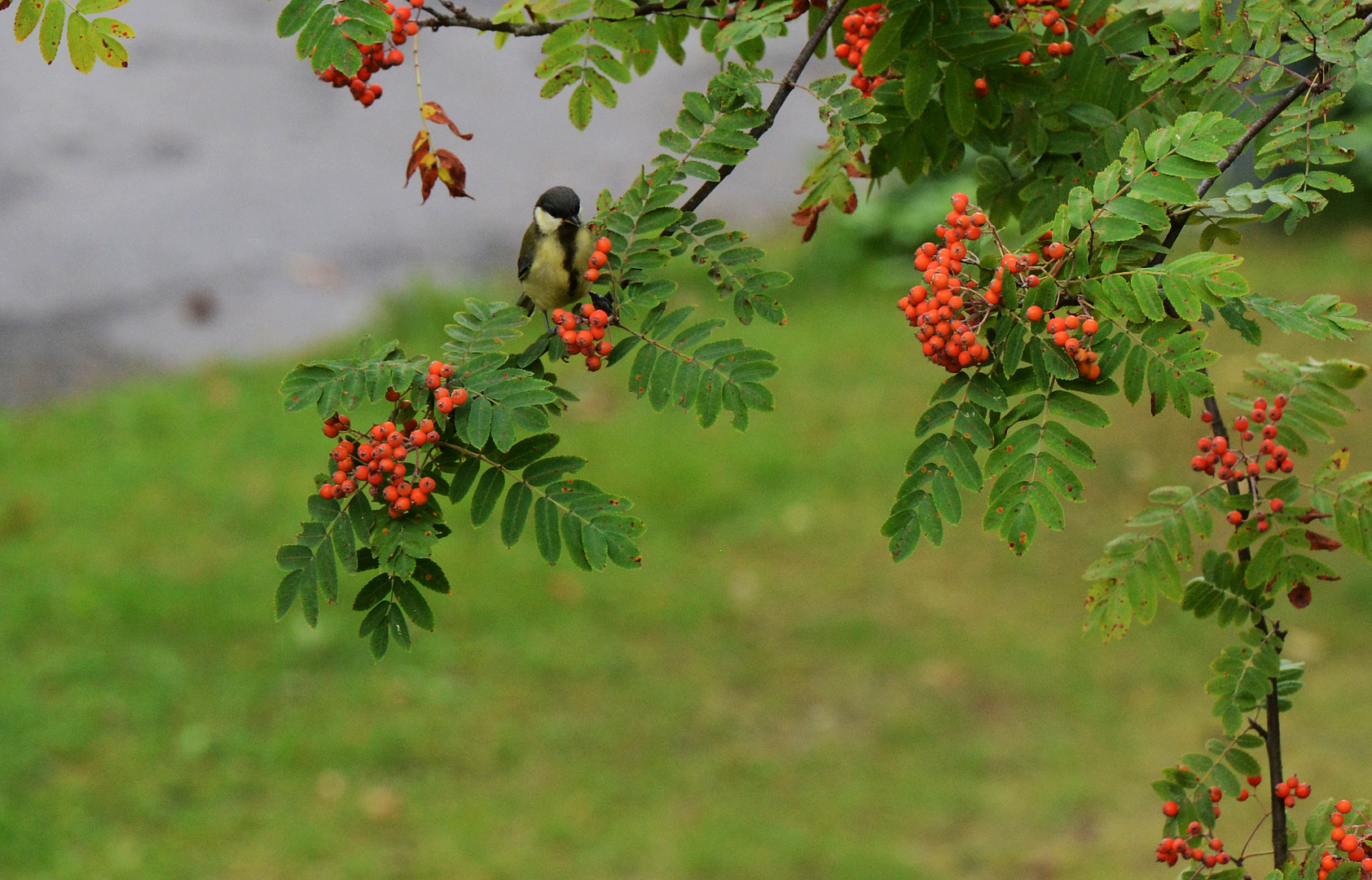 The great tit (Parus major) is a passerine bird in the tit family Paridae. It is a widespread and common species throughout Europe, the Middle East, Central Asia and east across the Palearctic to the Amur River, south to parts of North Africa where it is generally resident in any sort of woodland; most great tits do not migrate except in extremely harsh winters. Until 2005 this species was lumped with numerous other subspecies. DNA studies have shown these other subspecies to be distinctive from the great tit and these have now been separated as two distinct species, the cinereous tit of southern Asia, and the Japanese tit of East Asia. The great tit remains the most widespread species in the genus Parus.

The great tit is a distinctive bird with a black head and neck, prominent white cheeks, olive upperparts and yellow underparts, with some variation amongst the numerous subspecies. It is predominantly insectivorous in the summer, but will consume a wider range of food items in the winter months, including small hibernating bats.[2] Like all tits it is a cavity nester, usually nesting in a hole in a tree. The female lays around 12 eggs and incubates them alone, although both parents raise the chicks. In most years the pair will raise two broods. The nests may be raided by woodpeckers, squirrels and weasels and infested with fleas, and adults may be hunted by sparrowhawks. The great tit has adapted well to human changes in the environment and is a common and familiar bird in urban parks and gardens. The great tit is also an important study species in ornithology.