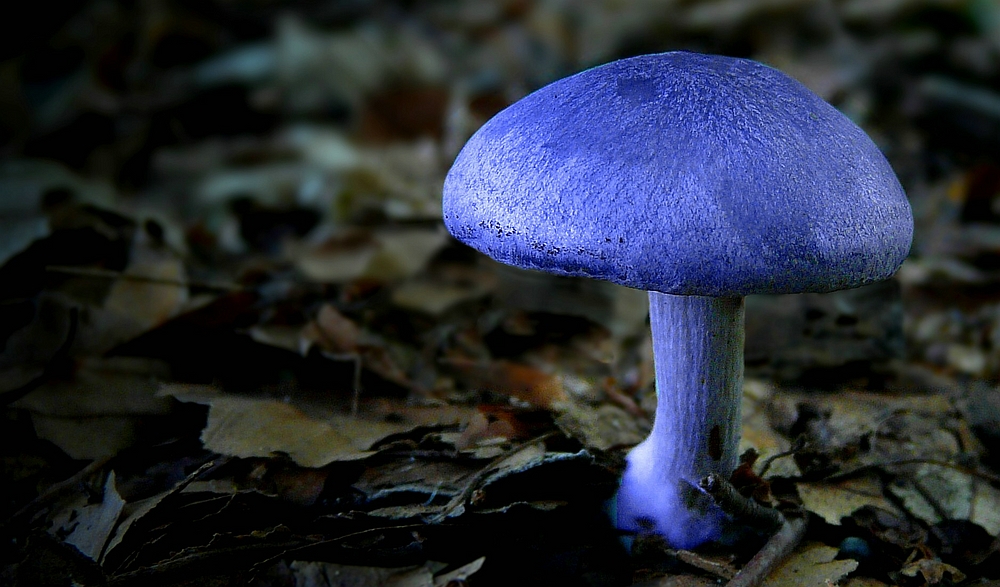 Pine Pinkgill is a very rare fungus that likes to grow on acidic soil in wet, mossy conifer forests.
Its metallic steel blue colour makes it a strikingly beautiful pearl in the autumn forest.

Indicated as critically endangered on the Red List of vulnerable and threatened species !

PS1 : Looking at the overwhelming blue of this fungus, 'pink' in its name is a bit confusing.
It refers to the pink colours of the inner spores. Strange, but so be it.

PS2 : This is my last fungus shot of the 2015 autumn, which was a good fungi season :-))
I hope you all enjoyed the pictures of the fascinating fungi world as much as I did when I found and shot them all.

PS3 : With just one click below, you can see here the whole series so far