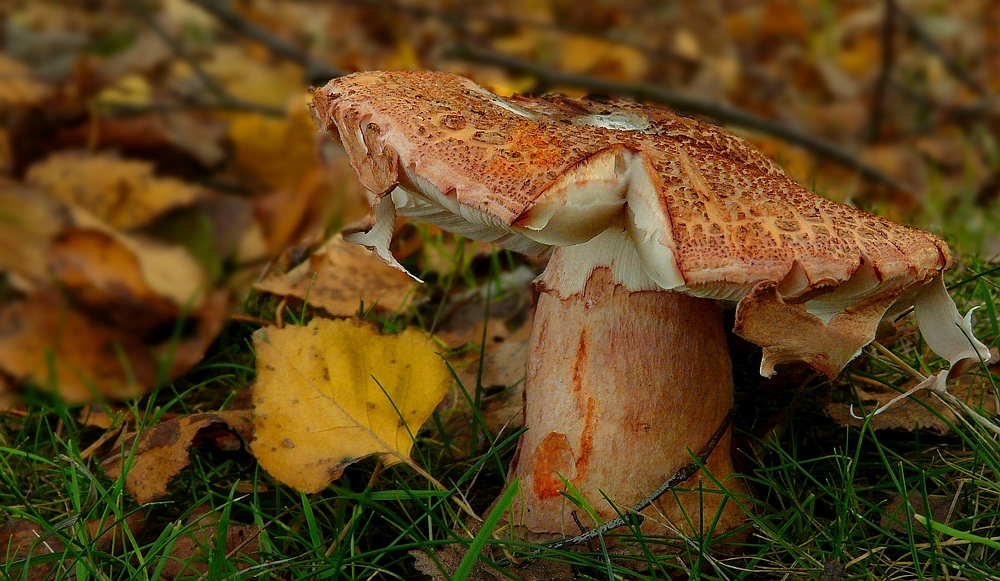 Late autumn. It’s getting gradually darker and colder in the forest, but there are still fungi growing there.
The party ain’t over yet !

***
My shot shows the last stage of an old Blusher, a fungus that got its name because its flesh reddens wherever it is damaged.

Poisonous if raw but edible if cooked. It’s one of the very few fungi where the toxin is destroyed by the cooking process.

But fungi newbies have to watch out, as the Blusher can easily be confused with the deadly poisonous Panther Cap ! (see picture below)