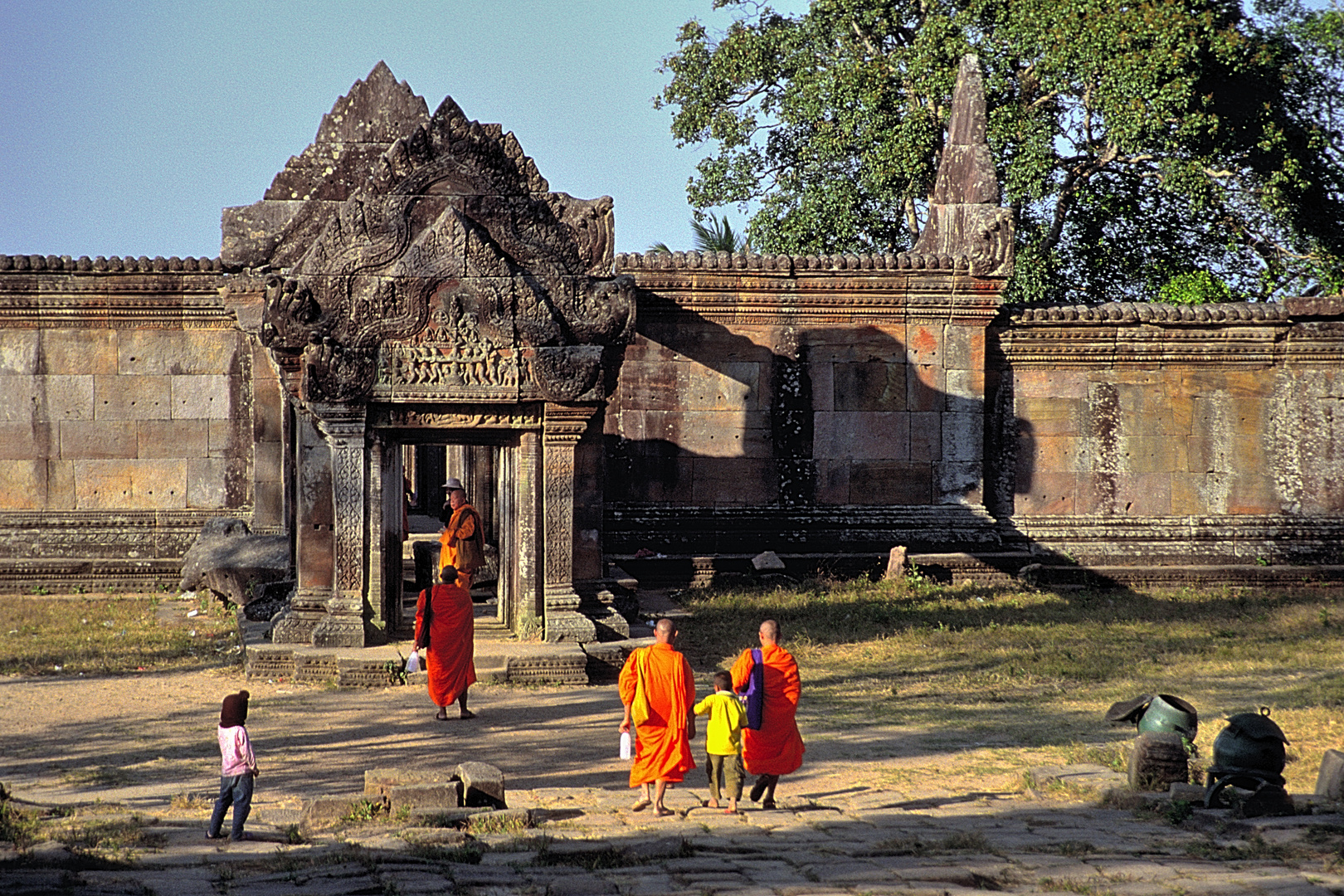 The entrance trough the "Naga gate" at Prasat Preah Vihear

The entrance trough the "Naga gate" at Prasat Preah Vihear

In a Cambodian legend, the Naga were a reptilian race of beings who possessed a large empire or kingdom in the Pacific Ocean region. The Nāga King's daughter married an Indian Brahmana named Kaundinya, and from their union sprang the Cambodian people. Therefore still Cambodians say that they are "Born from the Naga".

You'll read more details about the "Naga" mythical creature the following descriptions in this set.