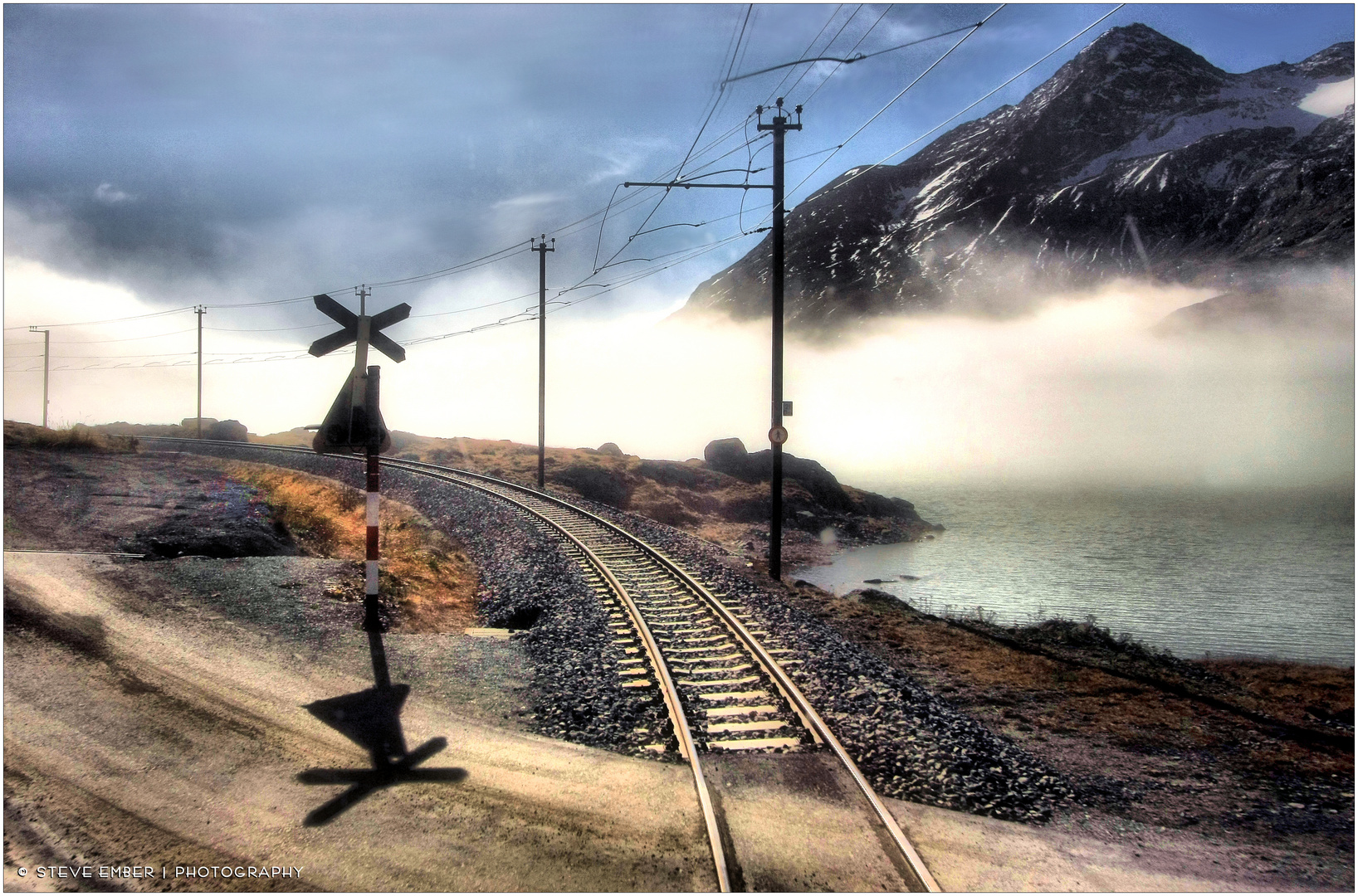 The Climb to Bernina Pass in Morning Fog

The Climb to Bernina Pass in Morning Fog

While the famous sunny and clear "Champagne Climate" of the Upper Engadin region of Canton Graubünden was on full display in Pontresina as the Rhaetian Railway's Bernina Express departed, low-lying clouds were still shrouding the landscape as the train ascended the steep Bernina Line toward Ospizio Bernina, at the Bernina Pass.

This narrow-gauge line of the Rhätische Bahn connects the Upper Engadin region of Switzerland,
through the rugged alps of the Bernina Range, to Tirano, Italy, on the border with Switzerland.

Through the courtesy of the RhB, this view was captured from the
control cab of the popular Bernina Express during the climb.

As with the other routes of the RhB, the line is single tracked with passing sidings where, with
typical Swiss precision, trains going in opposite directions can meet and pass with minimal delays.

The photo was taken on an autumn day in 2010 and makes its first appearance today.