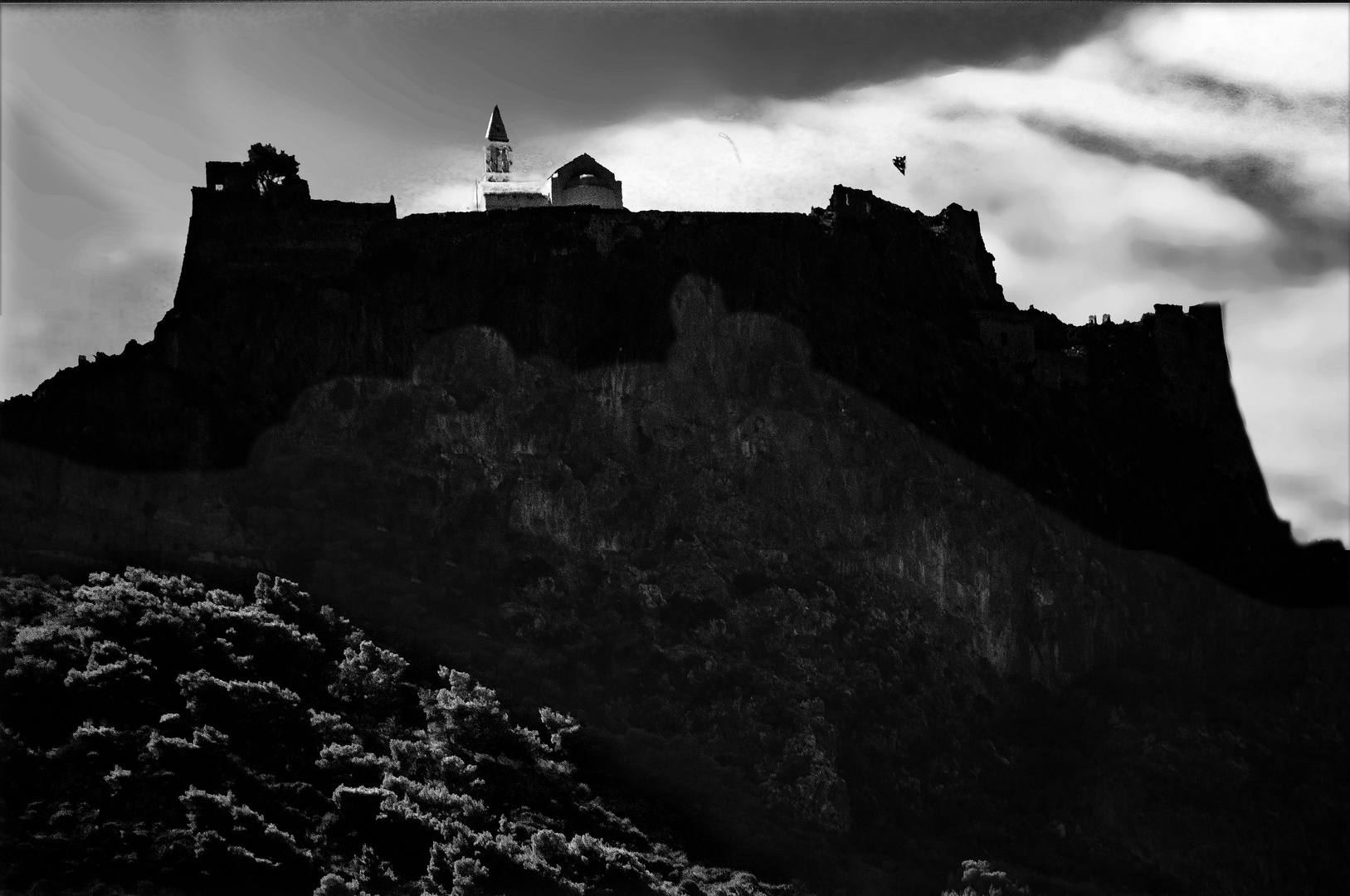 The Venetian Castle of Kythira is definitely the most distinctive monument on the island. It was built from the late 12th century until the early 13th century in Chora during the Venetian occupation. Due to its strategic position, providing good observation points to the Ionian, Aegean, and Cretan Sea simultaneously, they called it The eye of Crete.Inside the castle, there are four churches. The oldest church is the Church of Pantokrator, built in 1545 and featuring impressive old frescoes. However, the biggest church of the castle is Panagia Myrtidiotissa, built in 1580. It was originally Catholic, but in 1806 it became an Orthodox church. The miracle-working icon of Myrtidiotissa was kept in the church for almost two centuries, to protect the city from the pirate's invasions.The dome of the church is well penetrating on top of the castle wall.