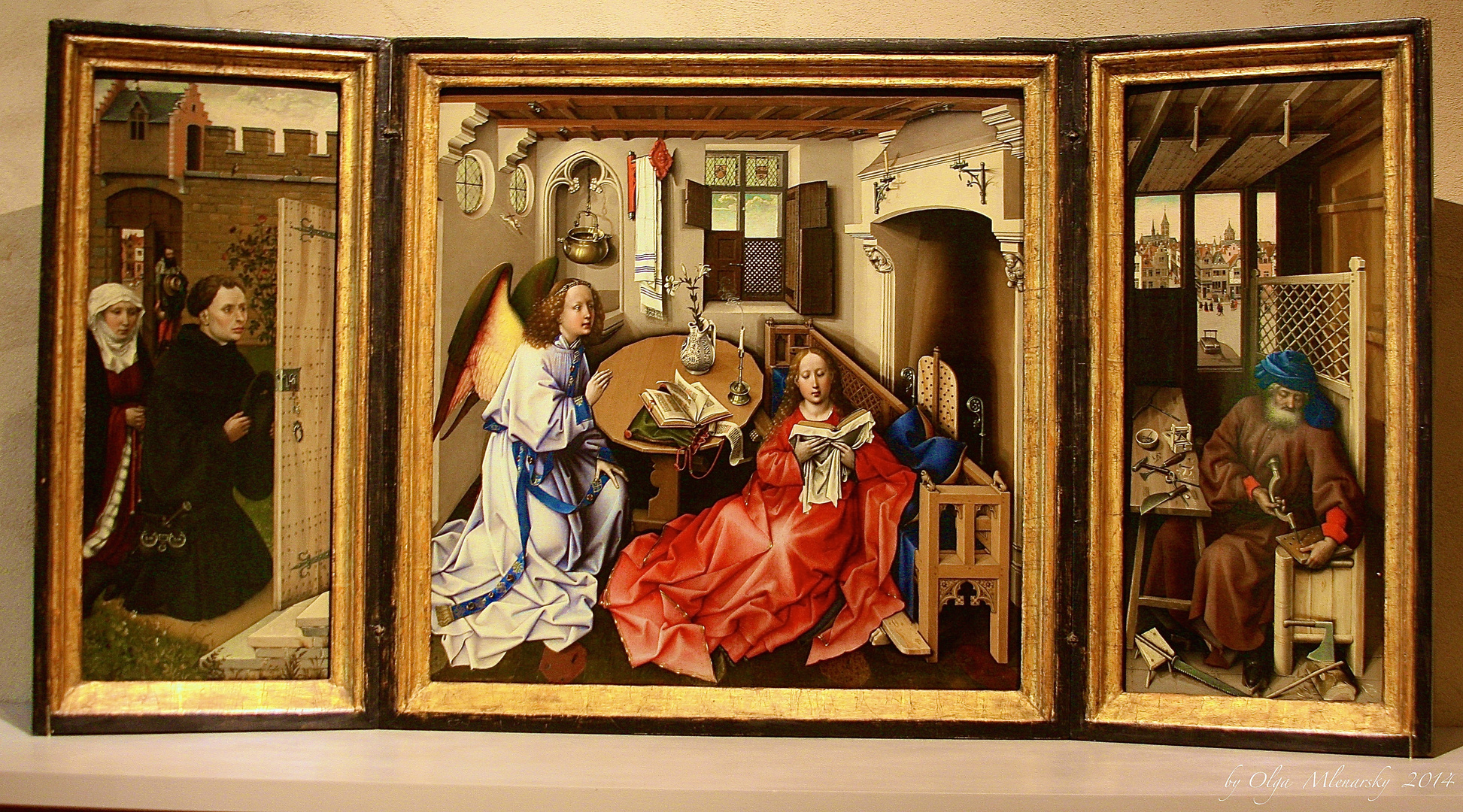 The Mérode Altarpiece, triptych by the Early Netherlandish painter Robert Campin, (although believed by some to be by a follower, probably copying an original by Campin). It is currently described by the Metropolitan as by "Robert Campin and assistant". It was created after 1422, likely between 1425 and 1428.