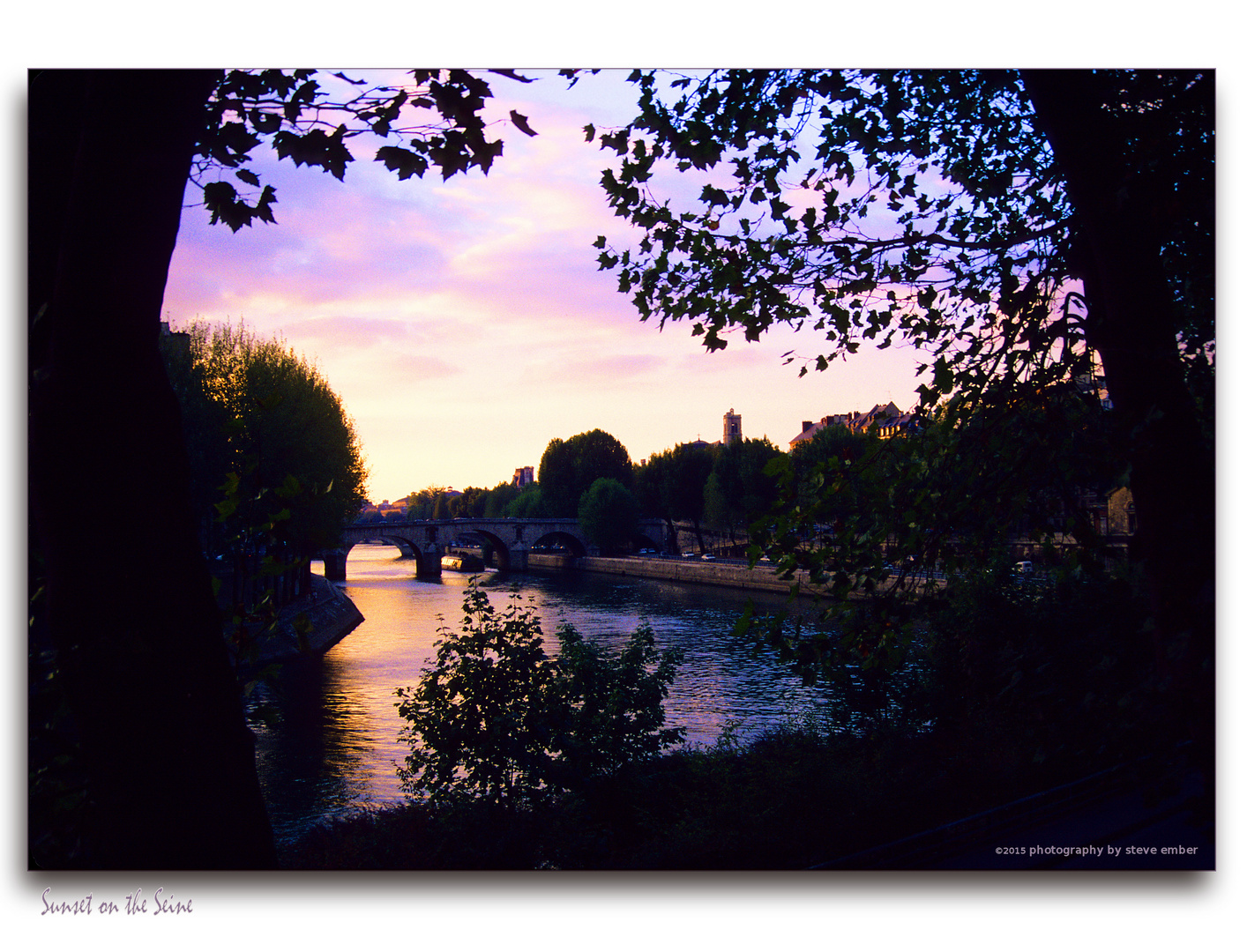 Sometimes when I'm alone with my
cameras in a beautiful setting, a
musical "soundtrack" plays in my
mind as I walk or take in the scene.
Perhaps the "pause" button gets
pressed as I raise a camera to my
eye and concentrate on f/stops,
shutter speeds and such. In this
case, I think the music played on.

If you remember the 1966 film
"Is Paris Burning?" you most likely
remember the superb musical score
by French composer Maurice Jarre.
A prominent theme, integrating the
sound of the bal musette, captured
the beauty and romantic mystique
of Paris, and was a dramatically
effective counterpoint to the
militaristic themes for the German
army occupiers.

This lovely, gently haunting theme
was called "Paris Smiles" and it
even enjoyed popularity on its own
outside the movie. (*)

If you do know this theme, and
remember how it sounded in the
film, you might imagine the "concert"
in my mind as I captured this image,
and as I prepared it from the original
Agfachrome-100 transparency.

The image is available in archival gallery prints
and as a custom printed Photo Note Card.