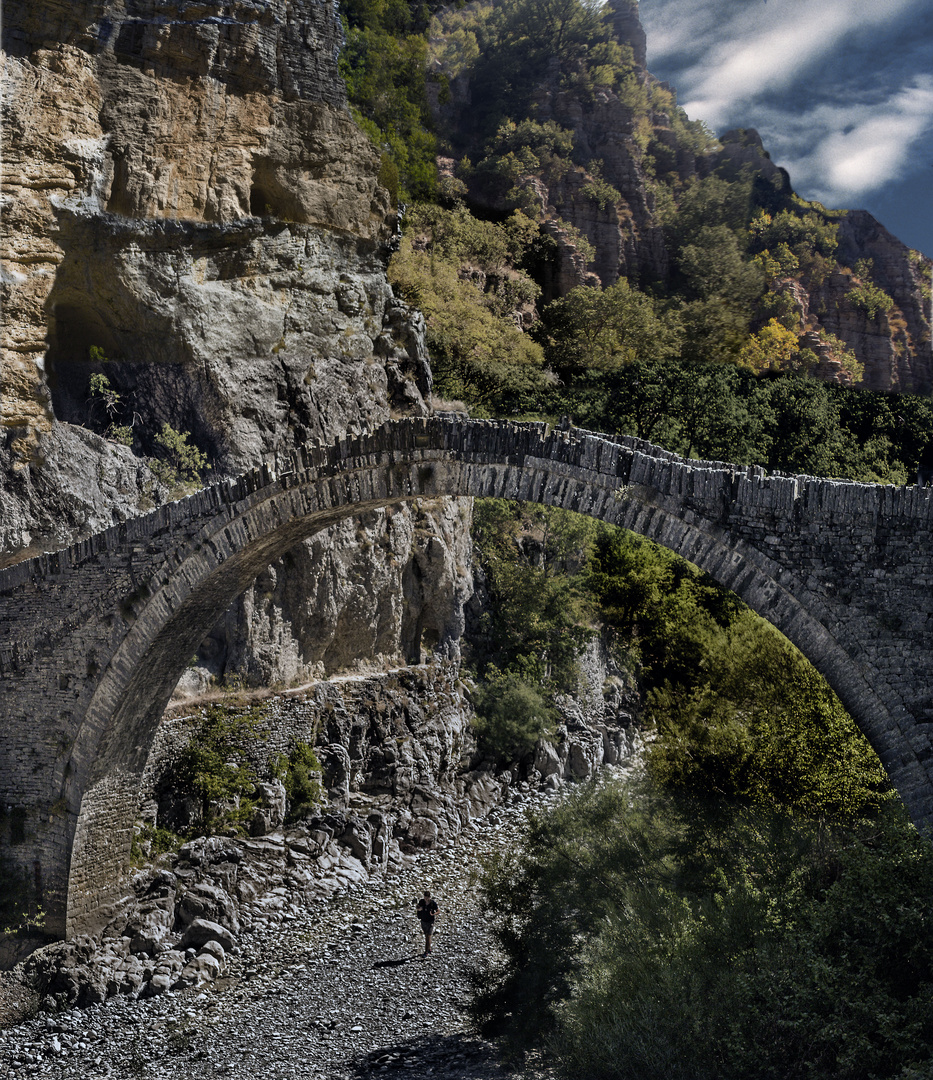 There are many old stonebridges in Greece,especially in the Macedonia and Epirus region, still remaining solid and sound and defying heavy winters, wars and earthquakes. These bridges were constructed exclusevely by rock and totally handmade by local manson experts during the hard time of the Ottoman ocupation securing safe communication between the mountainous villages through dense forests and over harsh rivers often flooding during rough winters. The majority of them date back to 17th-18th century and remained inaccesible by Ottoman authorities chasing robbers and outcast revoluthoners.
In the photo, one of the most famous of them, the Kokkoros bridge, constructed in 1750 financed and named after the representative of the local peasant gentry and owner of a nearby mill. In 1977, part of the cobbled path was destoyed by unknowns in their effort to discover a hidden treasure. Fortunately, the archaeological service repaired the damage and the historic stone bridge still stands there.
The riverbed,looking so innocent to walk in the summertime photo, normally floods with the heavy winter rainfalls.,