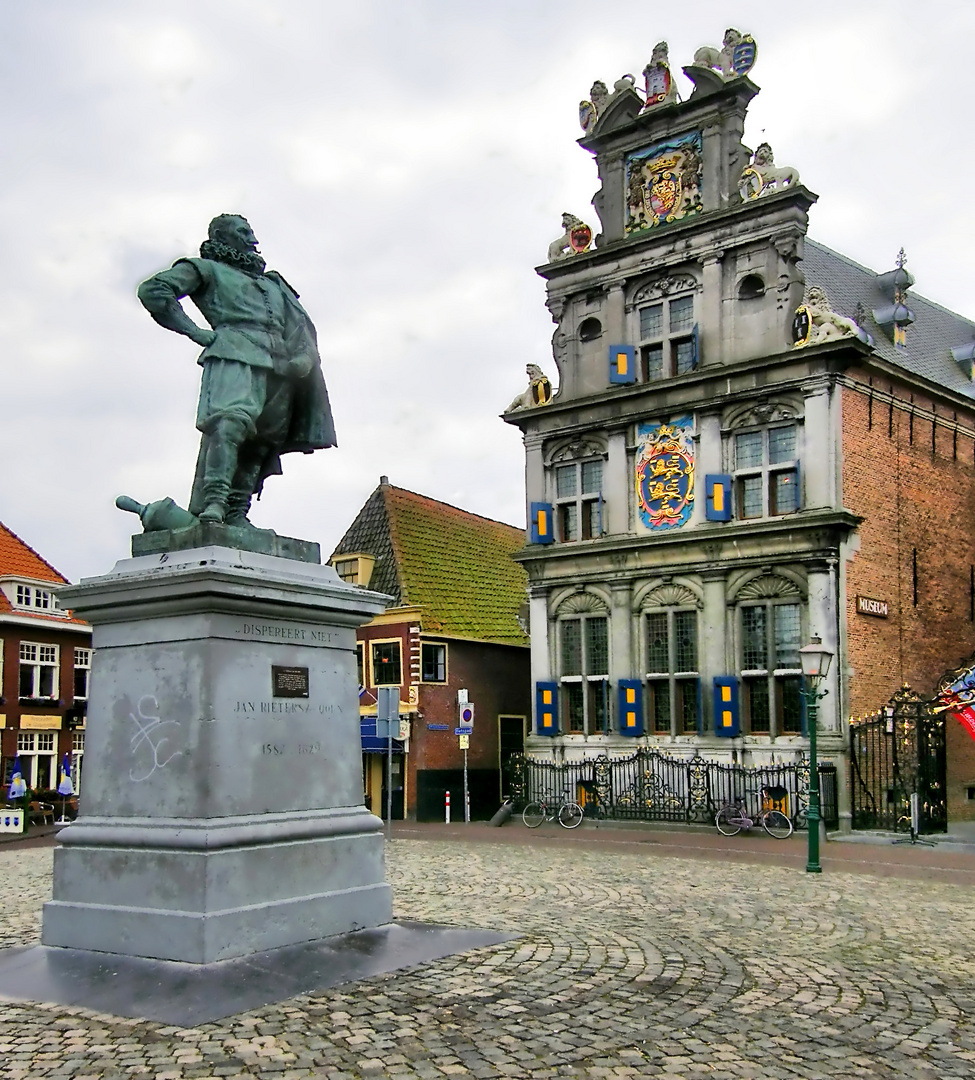 Square "De Roode Steen" with the Westfries Museum (built in 1632) and a statue of J.P. Coen
who was governor-general of the Dutch East Indies from 1619 until 1629.

Hoorn is a town in the province of North Holland, which acquired city rights in 1357.
Cape Horn, the most southerly point of the Americas, was named after this town by Willem Schouten, who rounded it in 1616.
The Hoorn Islands of the Oceanian nation of Wallis and Futuna are also named after this city.
https://en.wikipedia.org/wiki/Hoorn