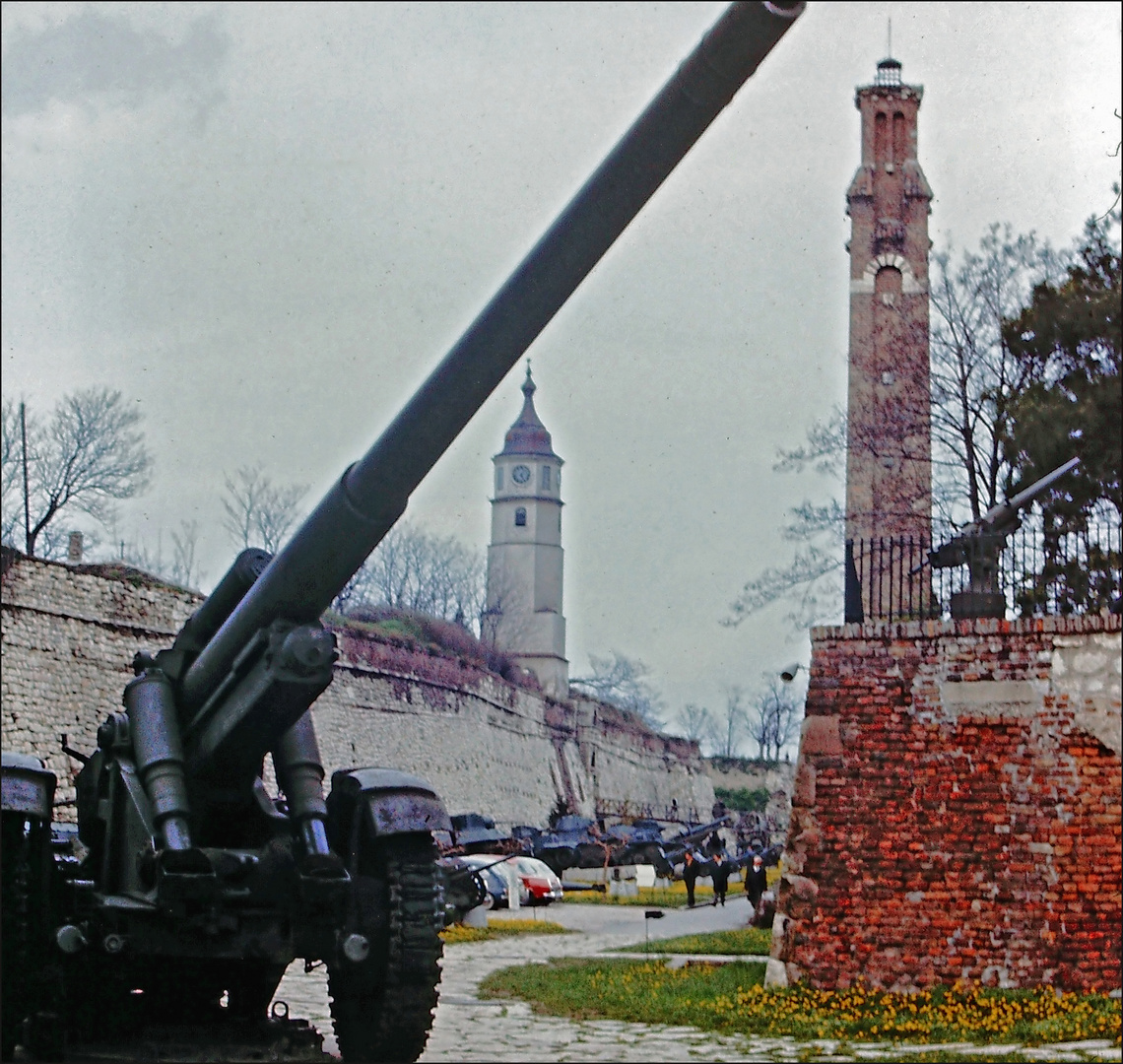 I spent a week in Belgrade in 1969 in Tito's Yugoslavia.

At the North end of the City stands the old Fort that dates back to the Middle Ages. The Serbs used this as a War Museum for captured German war machinery, Russian tanks etc. from World War II. I don't know what they use it for today as I haven't been back.