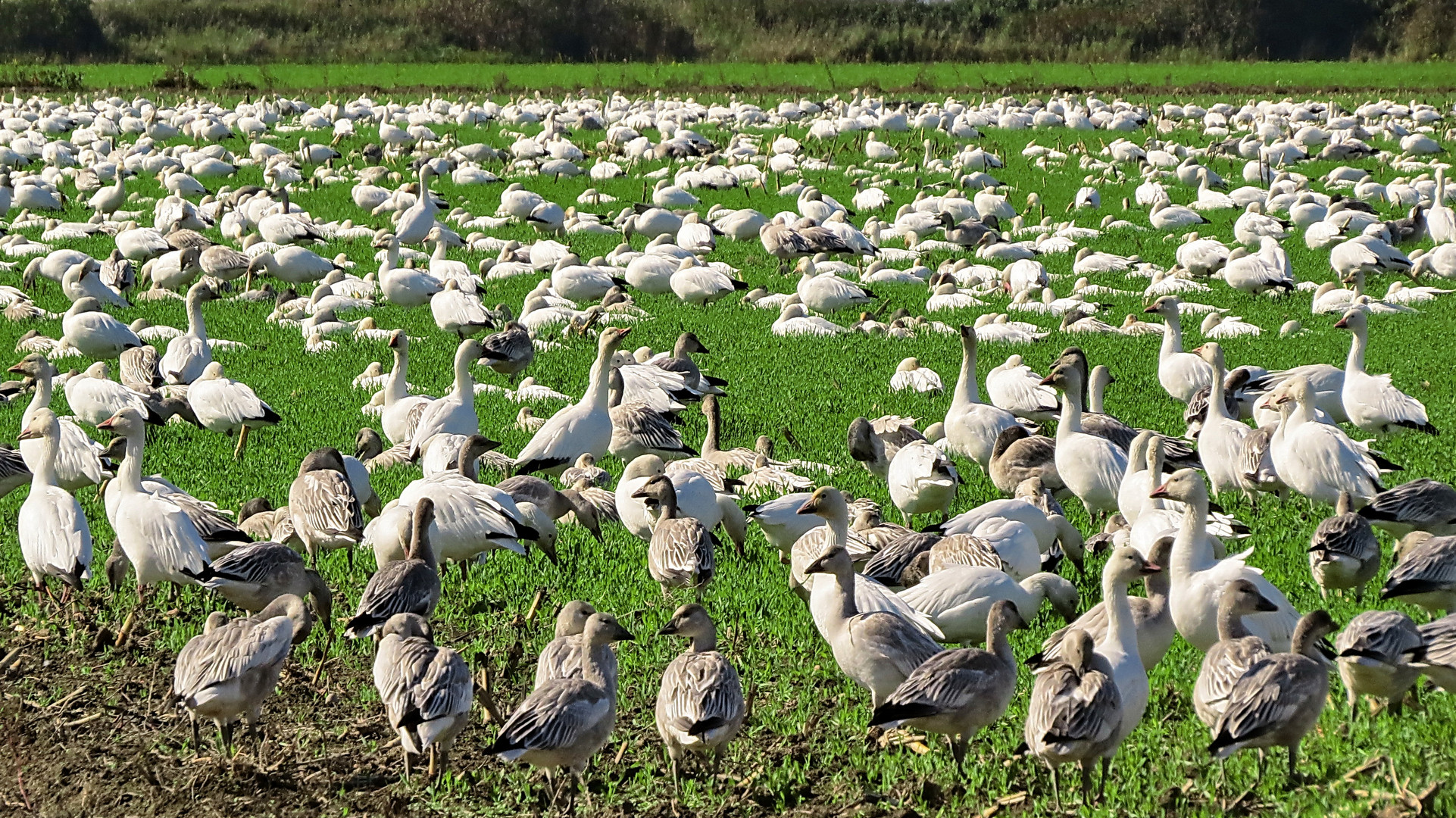 the Lesser Snow Geese have returned to the countryside around Vancouver where they overwinter on farmed fields - a surprising scene as I drove to Ladner two weeks ago, but they were a bit far away ...
Please enlarge !!
Snow geese breed north of the timberline in Greenland, Canada, Alaska, and the northeastern tip of Siberia, and spend winters in warm parts of North America from southwestern British Columbia through parts of the United States to Mexico.Snow goose populations increased dramatically in the 20th century. I can not possibly guess how many were on this field, but the sky was full when they took off again.