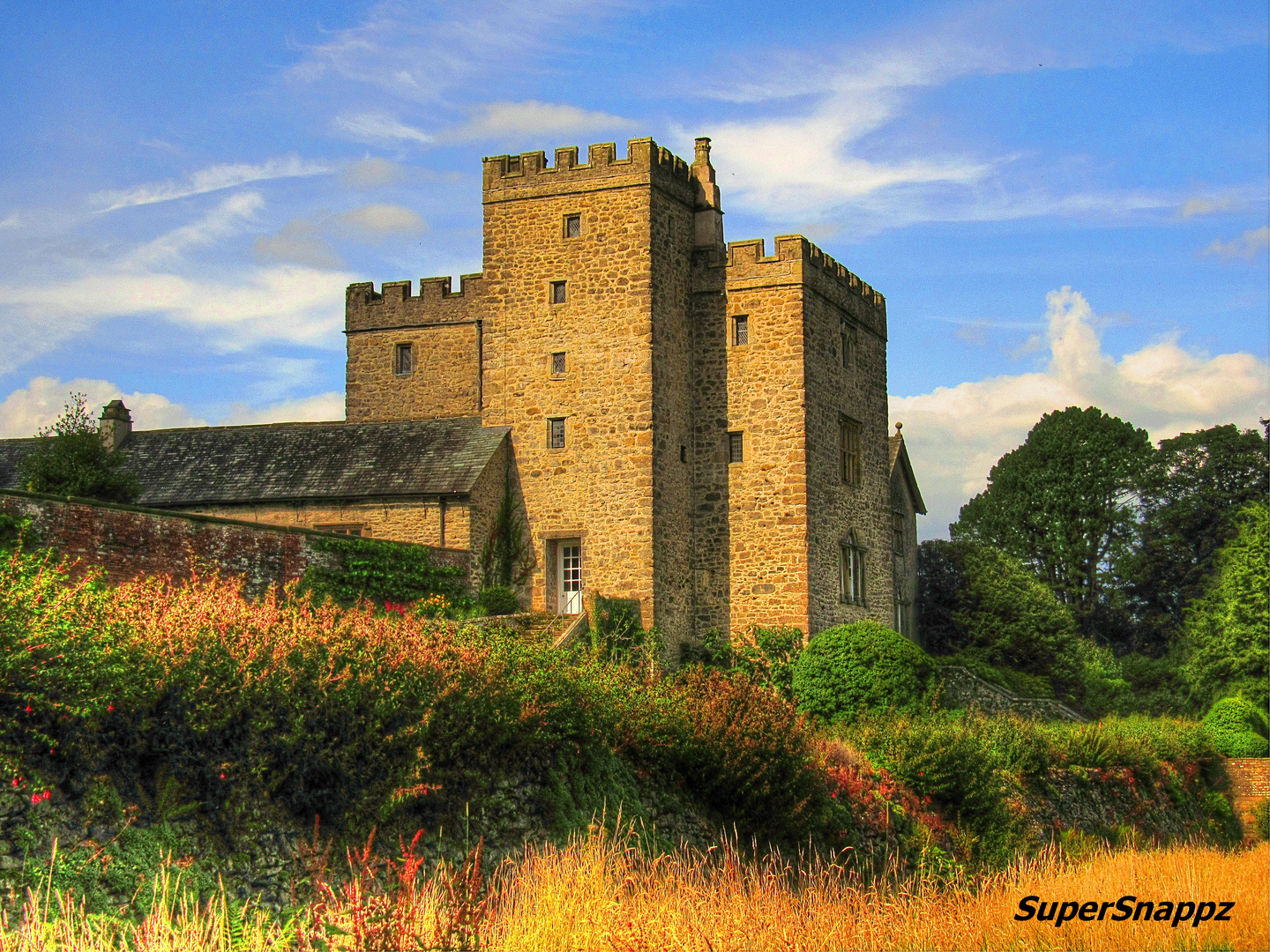 Sizergh has been associated with the Strickland family since 1239, when the heiress Elizabeth Deincourt married William de Stirkeland.The solar tower of the castle was a potent symbol of the Stricklands power during the Middle Ages, when they played a leading role in the wars with Scotland and France. Prominent as Catholic royalists throughout the 17th century, the Stricklands went into exile in 1688 with the court of James II at Saint-Germain in France. They returned to Sizergh by the early 18th Century as impoverished Jacobites, but thanks to the careful efforts of Winifred, Lady Strickland, they were able to afford a few baroque-style alterations to the house. Sir Gerald Strickland, later Lord Strickland of Sizergh (1861-1940) along with his second wife Margaret Hulton, installed the famous rock garden which was laid out in 1926-8. In 1931 the estate transferred to Lord Strickland's daughter Mary and her husband Henry Hornyold. They and their son Lt-Cdr Thomas Hornyold-Strickland gave the house to the National Trust in 1950.