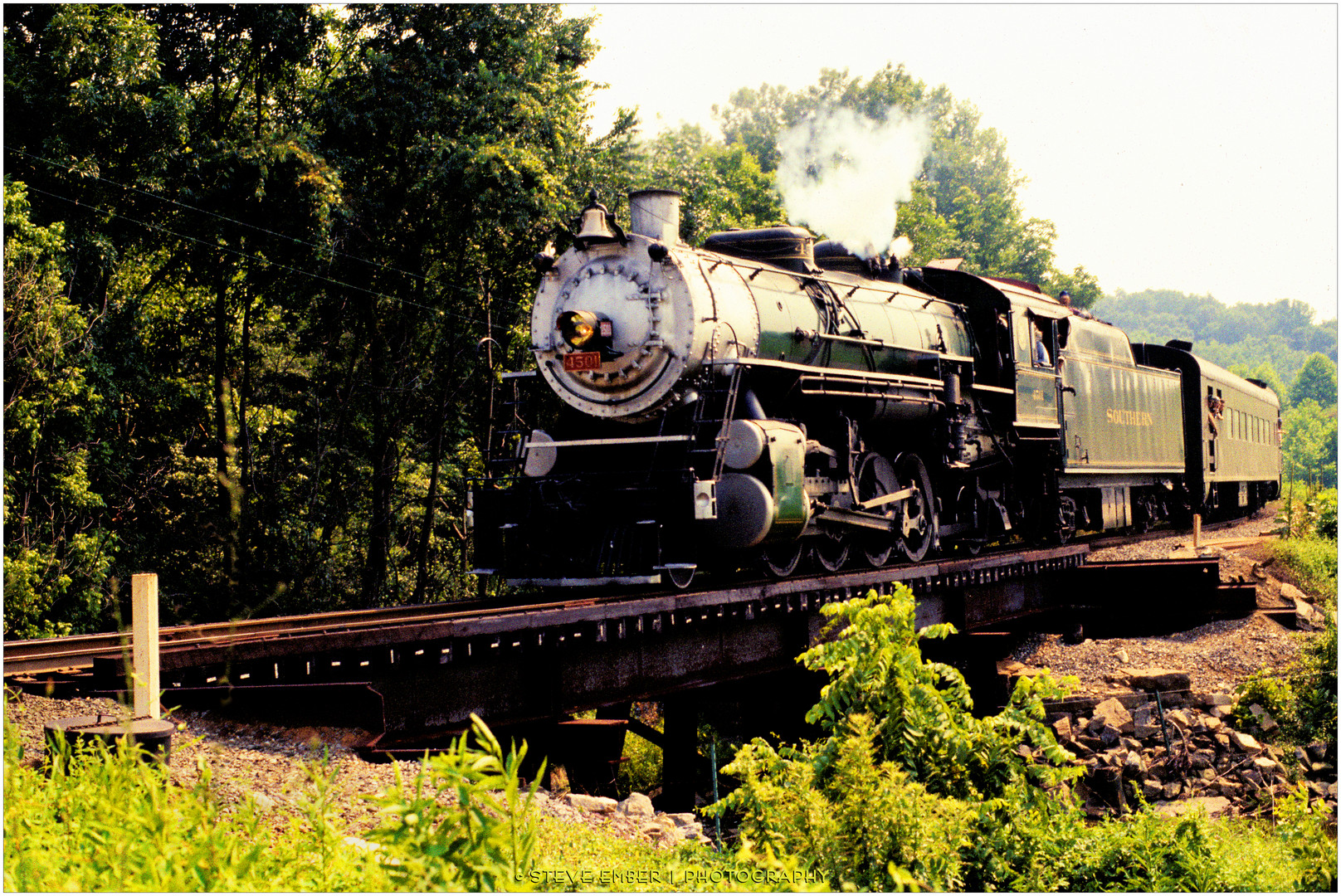 A "Blast" from the Past, Southern-Style...

Sorry I couldn't bring you this fine old gal belching steam and coal smoke out of her stack...
against a fittingly gorgeous sky. But perhaps you'll settle for that burst of steam out of her
whistle as she blows two longs-a short-and a long for the grade crossing Delaplaine, Virginia.

Southern Railway Locomotive No. 4501, a 2-8-2 Mikado, and, for many years, a favorite of steam train excursion
fans in my neck of the woods, was on the point of a National Railway Historical Society excursion on this summer
afternoon, July 14, 1974, and her throaty chuffing will not resume until after she glides down the grade through the
scenic town in the Virginia Piedmont and has to begin doing some of the work her fans are looking forward to.
Meantime, the whistle will have to satisfy their auditory hunger.

The moment was captured on early Fujichrome 100 slide film through an
Asahi Pentax Super Takumar 50mm f/1.4 lens on a Pentax Spotmatic SLR.

©Steve Ember
Elsewhere along her route...