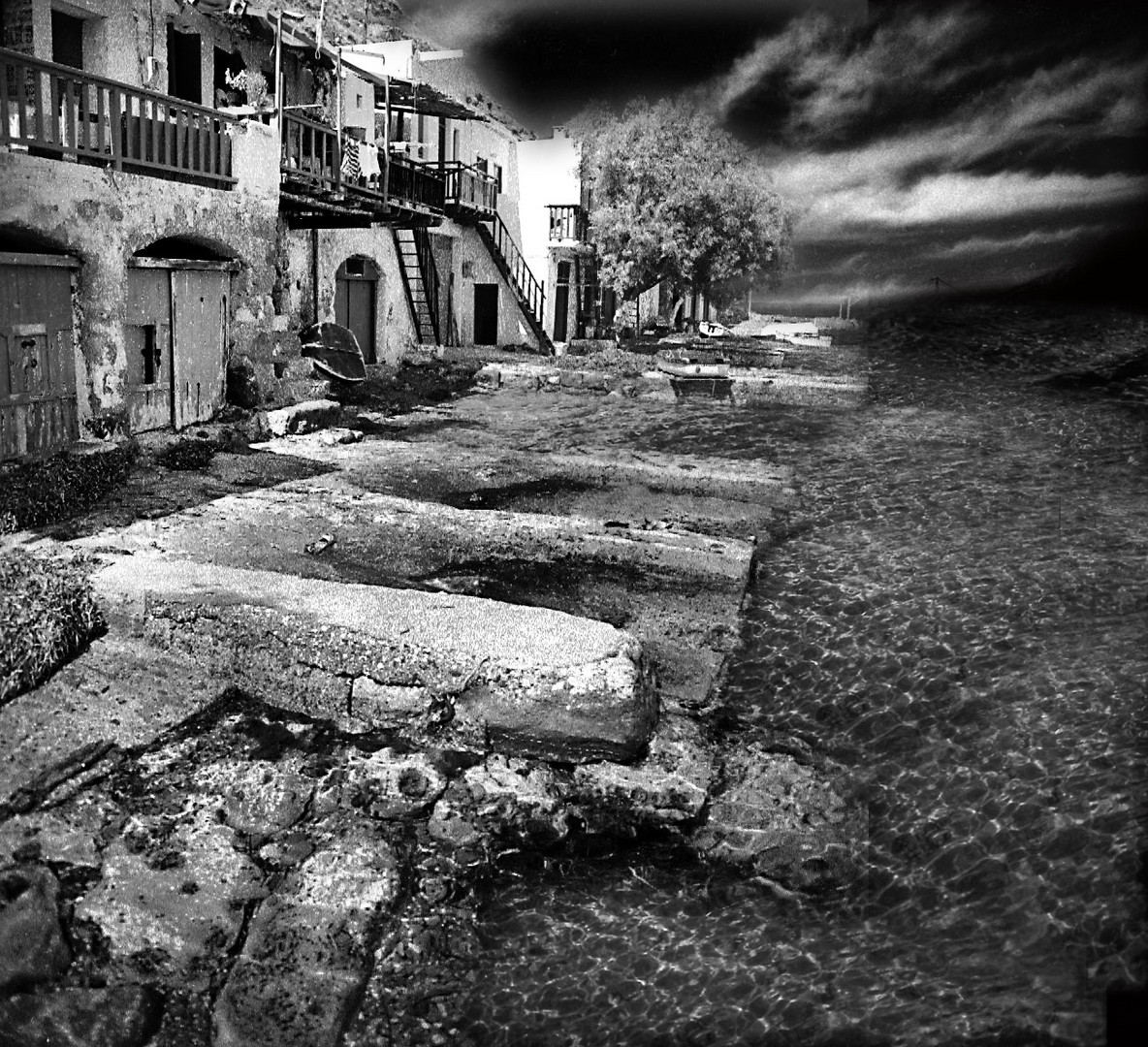 Greece Aegean Sea Cyklades island of Milos village Klima
In the Cykladian island of Milos, in the tiny but picturesque village Klima, the majority of locals are hard working fishermen that make their living trading their everyday sea products. As the boat is their most valuable belonging, they try to secure it in the most effective way by "parking it" in those niches in front of their houses, after fishing is completed, as the photo shows. In winter time, when fishing is suspended for several days due to hard sea, they pull the boats even higher up into the ..."garages" their houses have in their basement(presently closed in the photo)....
(The photo was originally taken as an Ilford FP4 120 negative(6x4,5) with a AF Mamiya 645, scanned later to digital).