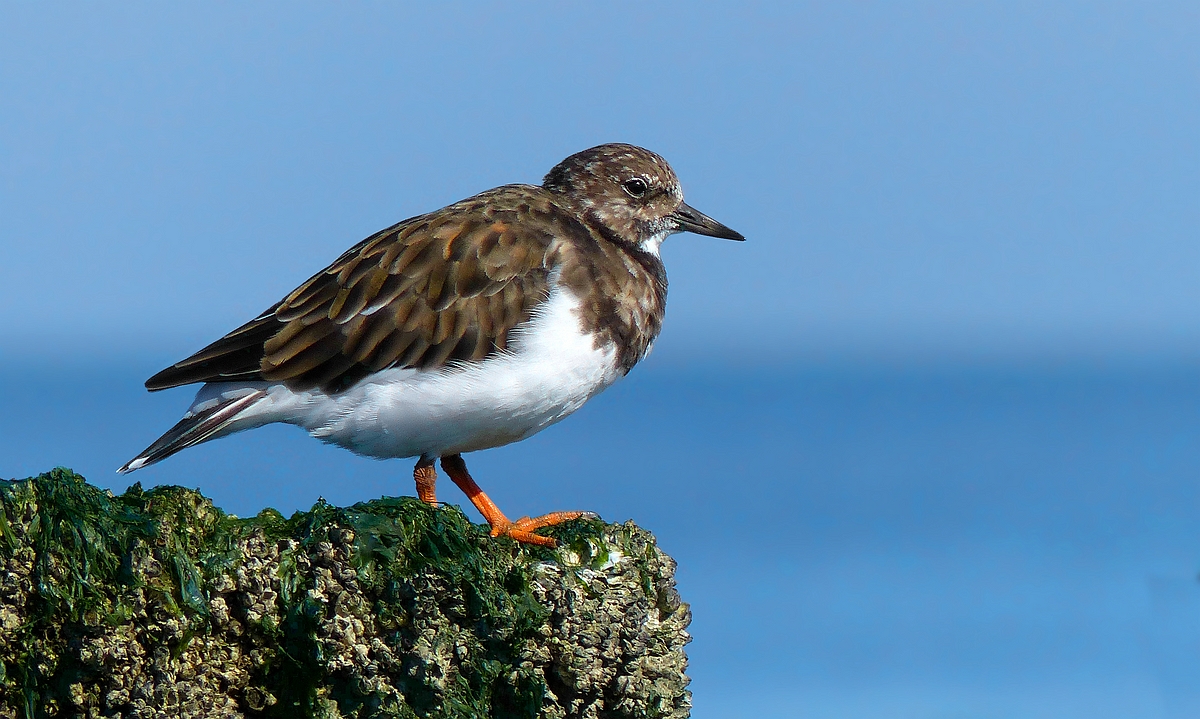 The ruddy turnstone (also known simply as turnstone) is a small, stocky shore bird, named for its habit of turning over objects such as stones, shells and seaweed to uncover prey hidden beneath like midges, flies, insect larvae, spiders, crustaceans, molluscs, worms and other invertebrates.

Studies have shown that turnstones are highly migratory birds that can undertake impressive flights up to 7500 km !

During migration they also occur in Belgium.
If the turnstones come from Scandinavia, then they are temporary guests on their way to Africa.
However, if they come from Greenland and north-east Canada, then they are winter visitors that hibernate for a few months here with us at the North Sea coast.