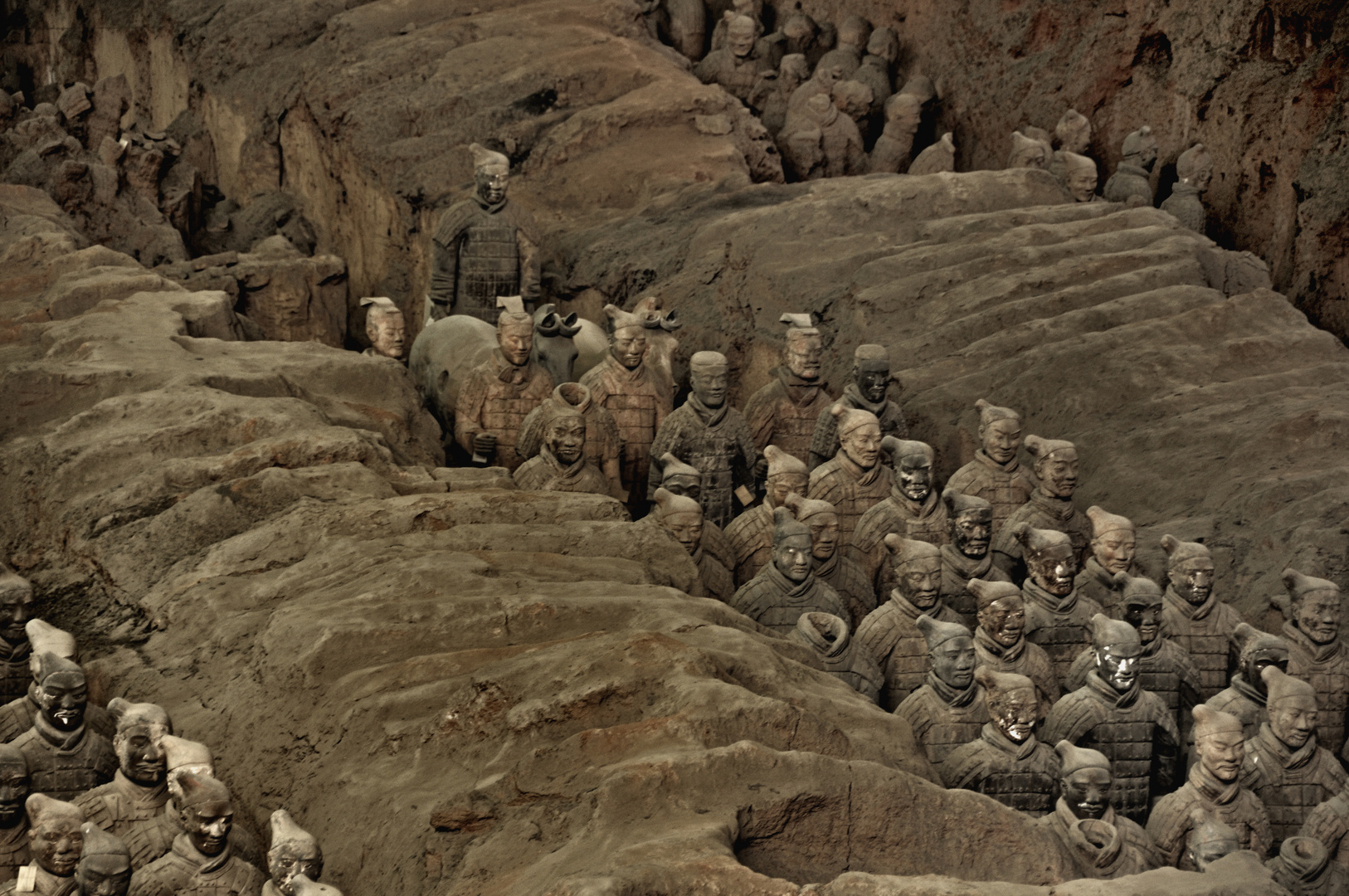 Qin Shi Huang (260–210 BC), personal name Ying Zheng, was the King of the state of Qin (r. 246–221 BC) who conquered all other Warring States and united China in 221 BC. Rather than maintain the title of king borne by the Shang and Zhou rulers, he ruled as the First Emperor of the Qin dynasty from 220 to 210 BC. The title emperor (huangdi) would continue to be borne by Chinese rulers for the next two millennia.

During his reign, his generals greatly expanded the size of the Chinese state: campaigns south of Chu permanently added the Yue lands of Hunan and Guangdong to the Chinese cultural orbit; campaigns in Central Asia conquered the Ordos Loop from the nomad Xiongnu, although eventually causing their confederation under Modu Chanyu. Qin Shi Huang also worked with his minister Li Si to enact major economic and politic reforms aimed at the standardization of the diverse practices of the earlier Chinese states. This process also led to the banning and burning of many books and the execution of recalcitrant scholars. His public works projects included the unification of diverse state walls into a single Great Wall of China and a massive new national road system, as well as the city-sized mausoleum guarded by the life-sized Terracotta Army. He ruled until his death in 210BC after a futile search for an elixir of immortality.
source: https://en.wikipedia.org/wiki/Qin_Shi_Huang