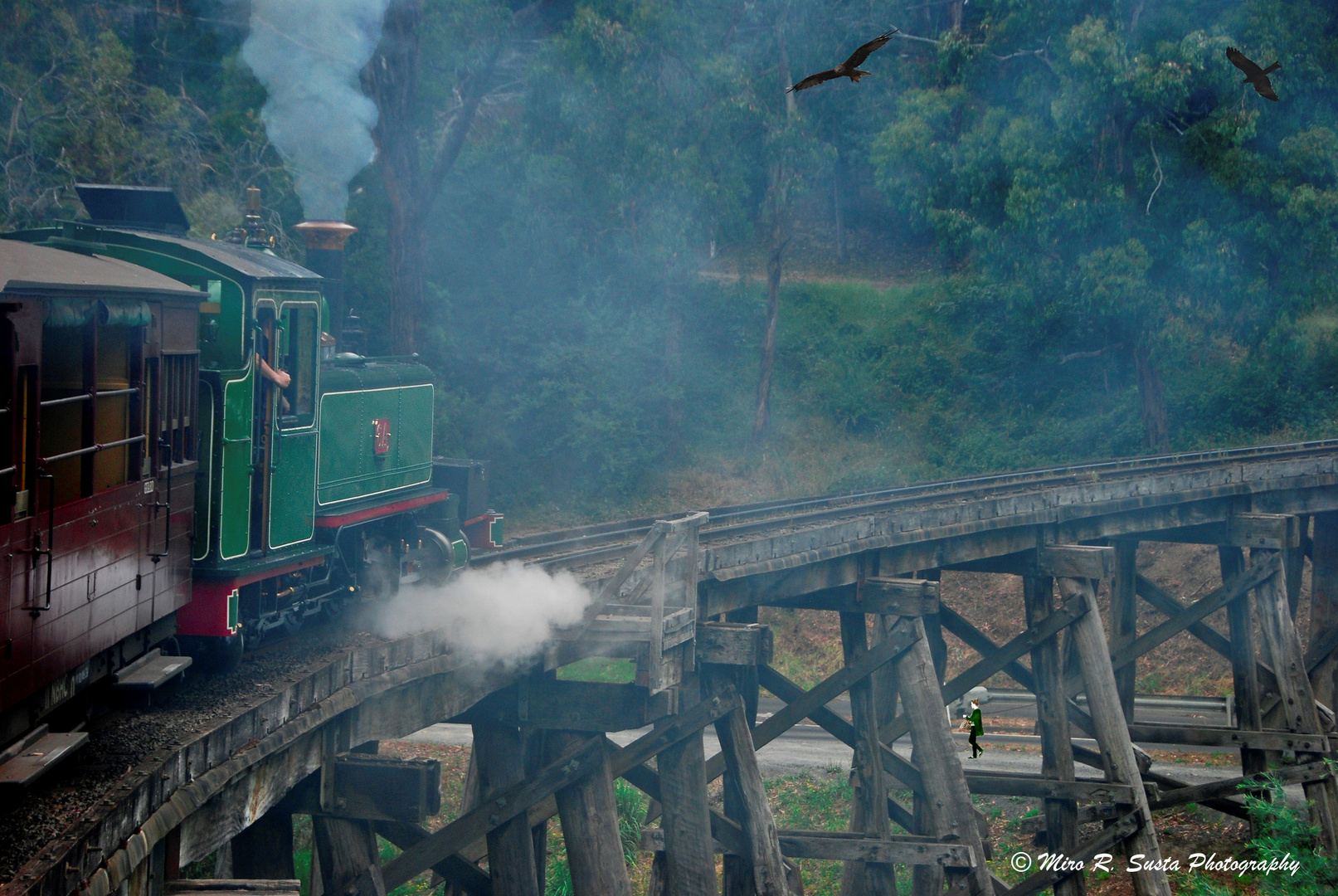 The Puffing Billy Railway is a narrow gauge Heritage railway in the Dandenong Ranges in State of Victoria, close to Melbourne.
The Puffing Billy Railway is kept in operation through the efforts of volunteers of the Puffing Billy Preservation Society, although intensive year-round operations necessitate a small band of paid employees to keep things going behind the scenes.
The railway owns every remaining narrow-gauge locomotive of the former Victorian Railways, and has restored to operating condition all except one, although not all are in serviceable condition at any one time.
Puffing Billy also offers driver experience days on the smaller steam engines.