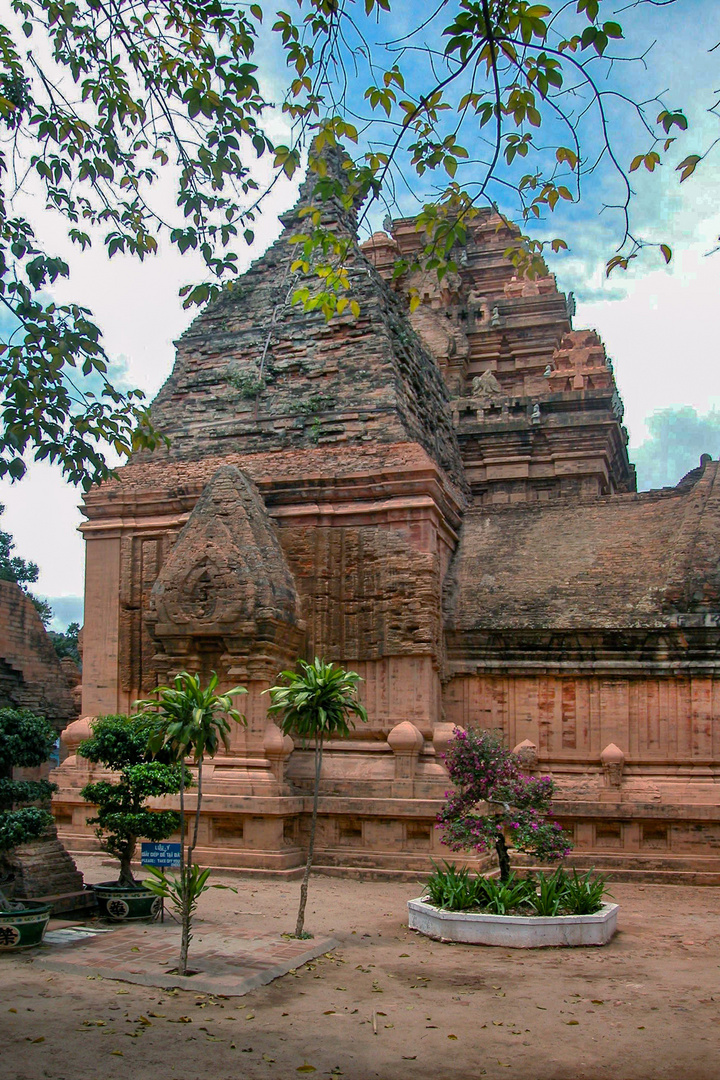 A stele dated 781 A.D. indicates that the Cham King Satyavarman regained power in the area of Kauthara, and that he restored the devastated temple. From this inscription can be deduced that the area previously had come under temporary foreign dominion, and that foreign vandals had damaged the already existing temple. Other steles indicate that the temple had contained a a mukhalinga decorated with jewelry and resembling an angel's head.
Foreign robbers, perhaps from Java, "men living on food more horrible than cadavers, frightful, completely black and gaunt, dreadful and evil as death" had arrived in ships, had stolen the jewelry and had broken the linga. Though the king had chased the robbers out to sea, the treasure had been lost forever. The steles also indicate that the king restored the linga in 784 A.D.