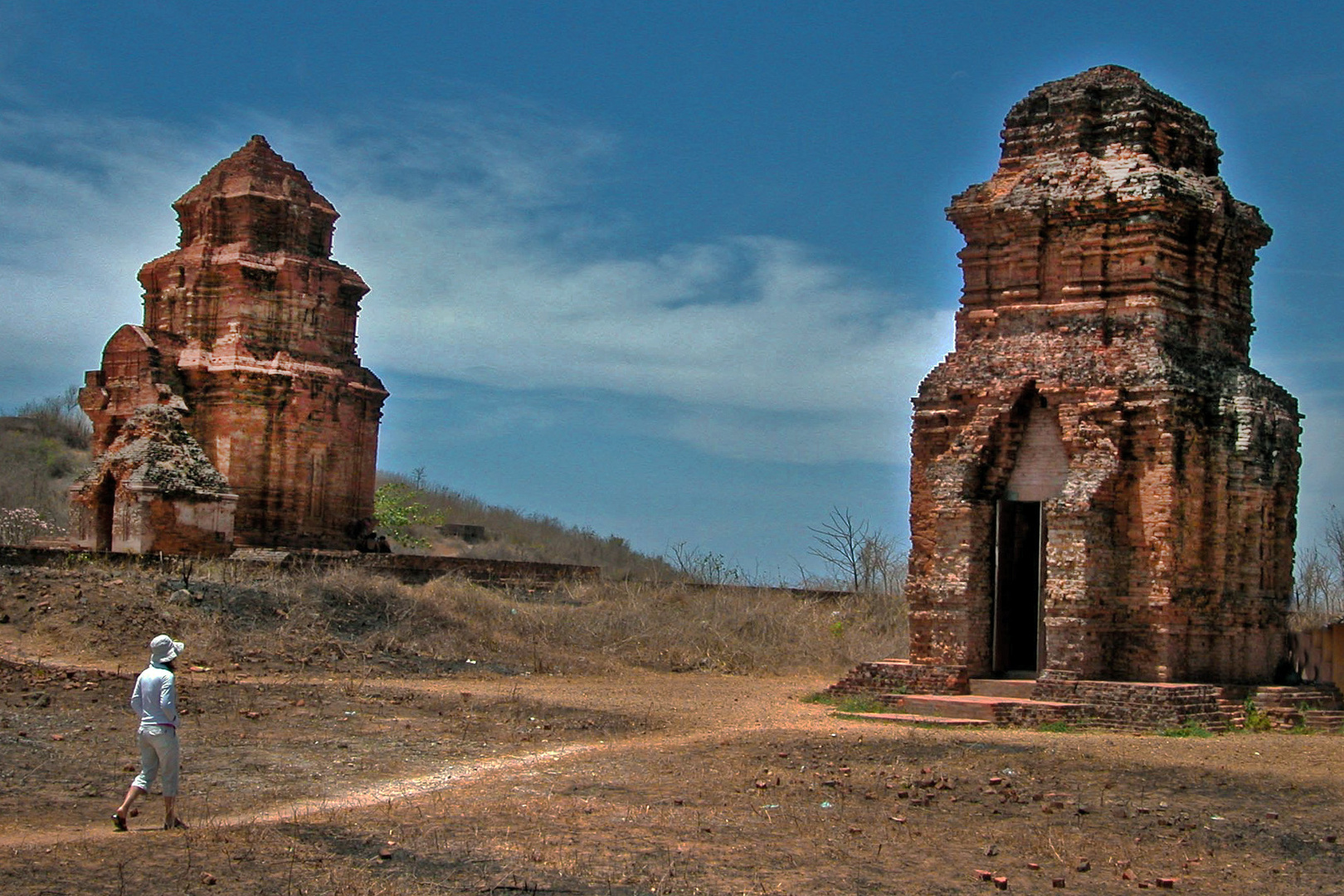 These imposing Cham towers date from the end of the 13th century. Built from brick as Hindu temples, they stand on a platform at the top of Cho’k Hala, an exposed granite hill.
According to legend, Po Klaung Garai started life as a lowly cowherd, but became king of Champa by destiny, ruling wisely and for the good of the people. When the Khmer of Cambodia invaded his kingdom, he challenged them to settle the matter peacefully in a tower-building contest. Po Klaung Garai prevailed in the contest, thereby obliging the invaders to return home. After his death, Po Klaung Garai became a god and protector of the people on earth; it is said that the tower he built in his contest with the Khmer is the tower that today is known by his name.