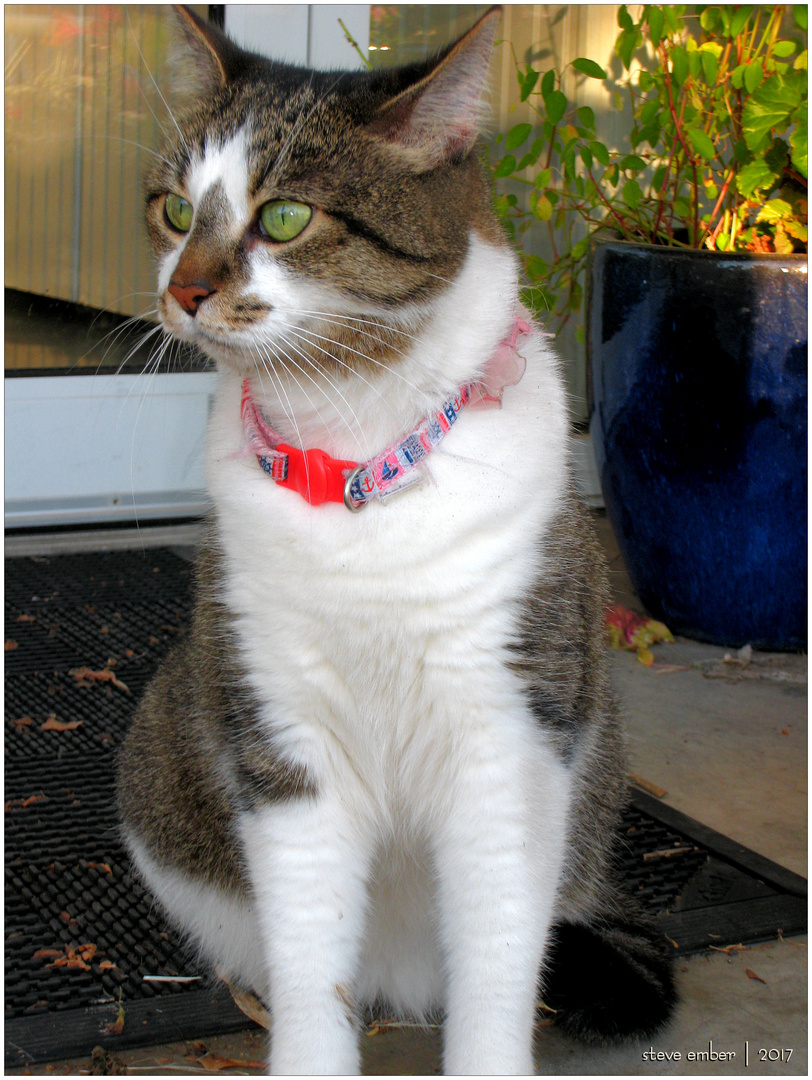 a.k.a Pearl the working girl...

And what a great name for this kitty mascot of the Annapolis Maritime Museum,
an institution devoted to the long oystering tradition of the Chesapeake Bay.

And, yes, Pearl is indeed a working girl. When the Museum's staff realized they had some unwelcome mousies, they contacted a shelter in Baltimore which has a "Working Cat" program and Pearl became part of the Museum's staff.

Not only is pretty Pearl the Scourge of Mousiedom, but she happens to be
a sweet little kitty who befriended me outside the museum earlier this month. (*)

The Museum's Administrative Manager tells me Pearl "is beloved at the Museum, she has the staff wrapped around her paws!" And from her round, firm and fully packed form, one imagines Pearl's humans at the Museum are feeding her with a more upscale diet than...ugh...mousies.