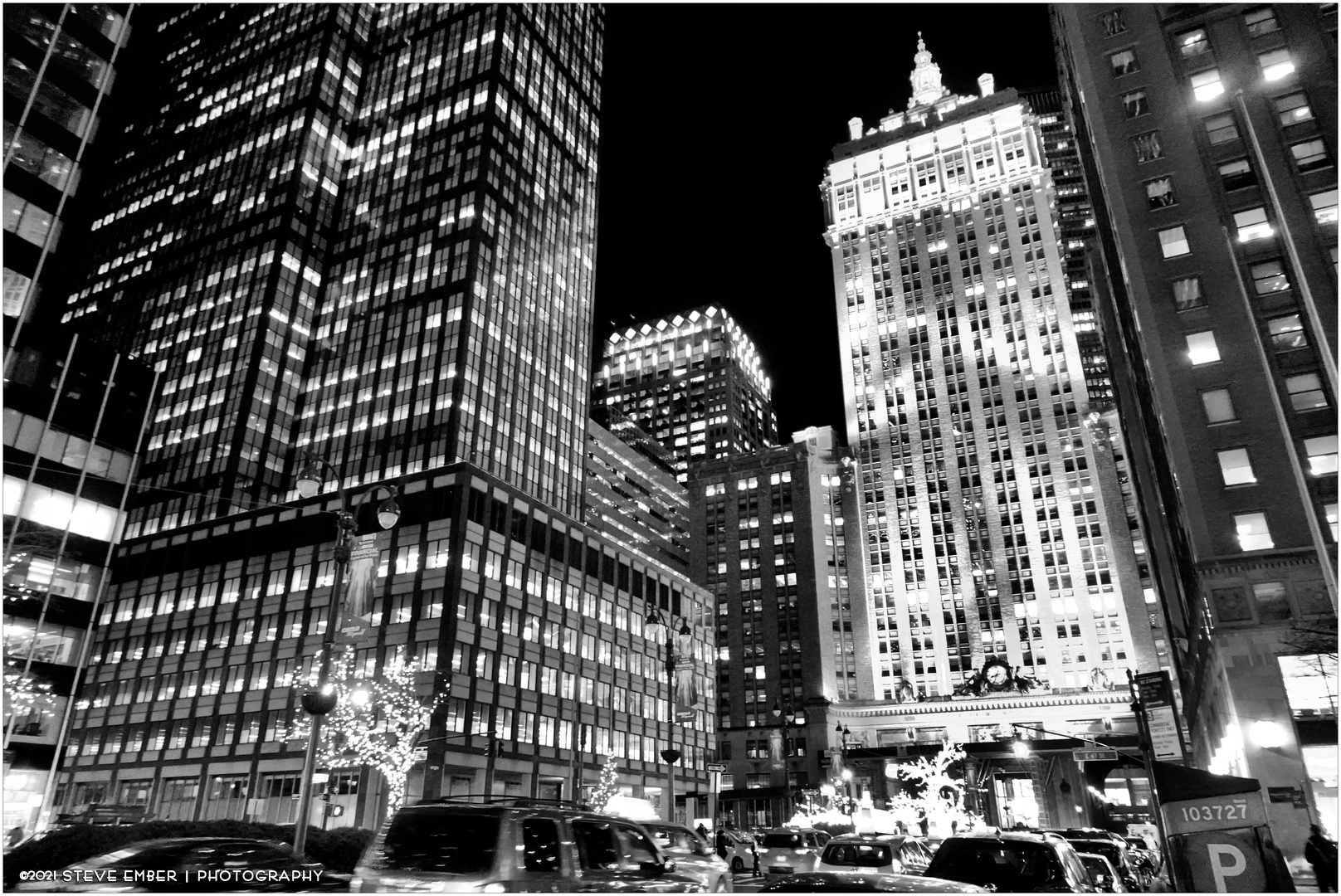 Amidst the rush of Holiday Season traffic, Park Avenue’s twinkly trees set off a Grande Dame
of Beaux-Arts New York architecture, the Helmsley Building, its facade festively lighted (it was a
vivid light blue on this December night in 2018).

Usually, my photos of the Helmsley (230 Park Ave) from positions to the north show it against the rectangular patterns
of the modern MetLife building just behind it, and I do like the architectural mélange that juxtaposition allows.(*)

But I was pleased that my position, combined with the 24mm wide-angle perspective in this view allowed the Helmsley
to soar without MetLife calling attention to its lesser height of 35 stories. To be sure, MetLife can be seen in the “slit” between the building on the west side of Park Avenue and the Helmsley, but there’s no denying that, here, the Helmsley is the “star” – pretty much as the New York Central Railroad intended it to be when it was proudly constructed just north of Grand Central Terminal in the 1920s – and is clearly holding her own amidst all her modern-lined neighbors.

Incidentally, if you are not familiar with the location and are of the mind to protest “Mother of Mercy, is this the end of
Park Avenue?” rest assured the Avenue continues through tall portals on the east and west sides of the Helmsley, past MetLife, and wraps around the sides of Grand Central as twin viaducts before descending to street level at E 40th St.