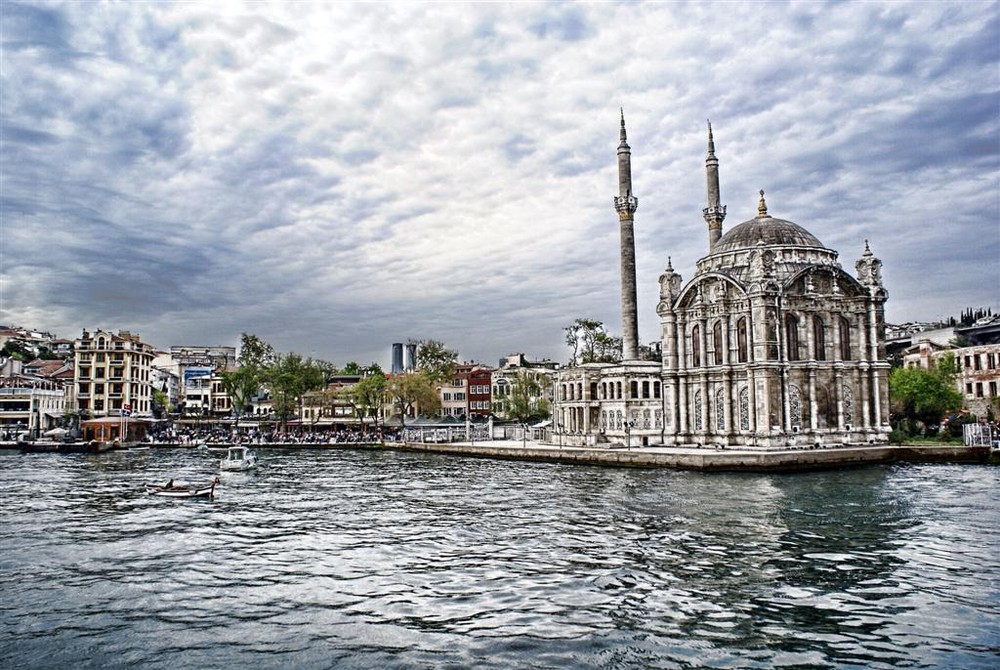 The famous Ortaköy Mosque, located on the coastal pier square, was originally built in the 18th century. Later, in the 19th century, the current mosque, ordered by Sultan Abdülmecid and designed by architects (father and son) Garabet Amira Balyan and Nigoğayos Balyan in Neo-Baroque style, was edificed between 1854 and 1856. The Neo-Baroque style Ortaköy Mosque is a beautifully ornate structure, right on the jetty of Ortaköy, bordering the waters of the Bosphorus, and thus highly visible from the passing boats.