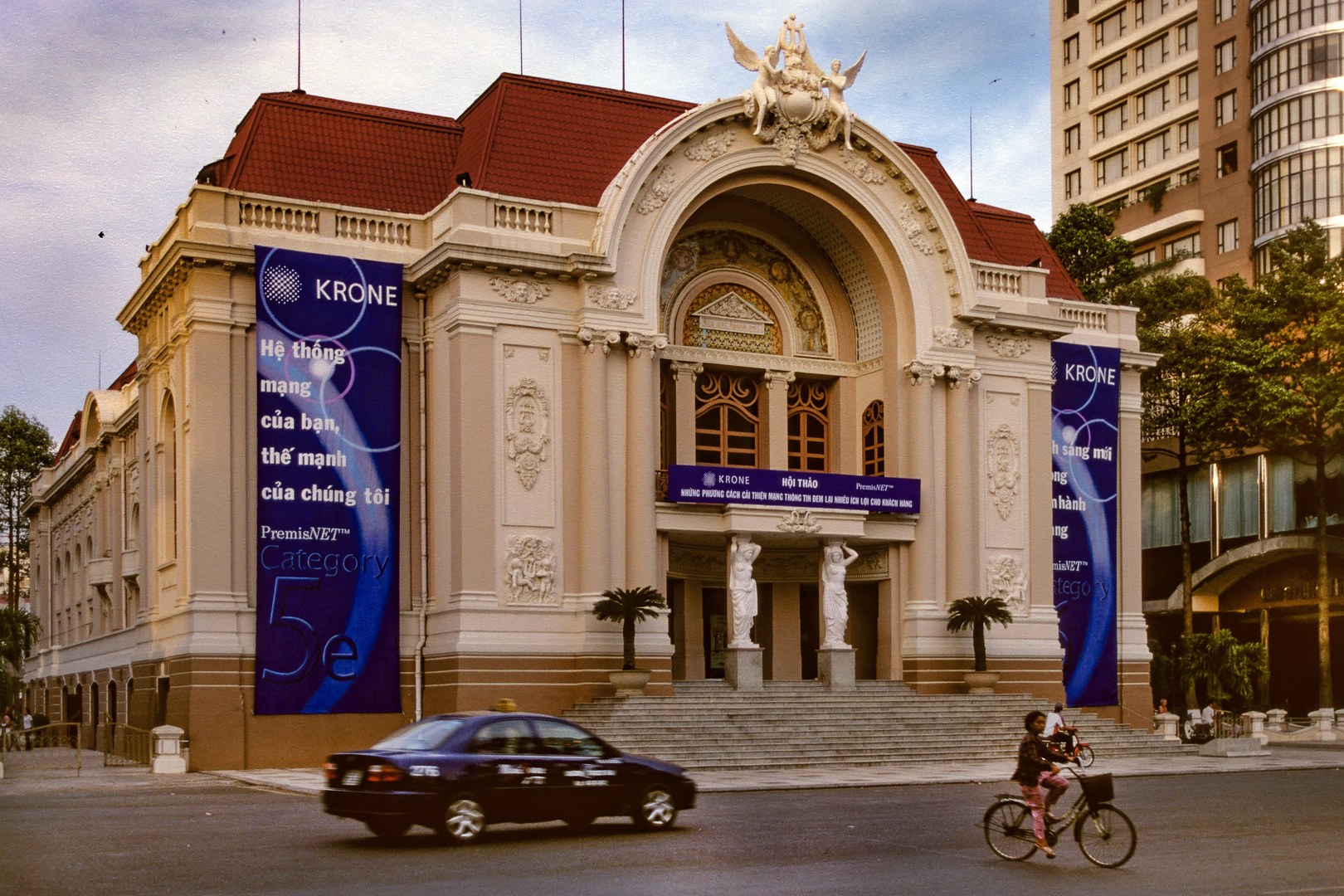 Saigon Opera House was built in 1898 by the French architect – Eugene Ferret, following the “flamboyant” style of the French Third Republic. It was set to be two meters higher than the street surface with two door layers, in order to prevent traffic noise.
by the way, there are still a number of locals and visitors alike that call it Saigon so the Opera House still is called with the former city name "Saigon".

This photo is a scan out the Kodachrome 64 ASA slide film scanned with a NIKON CoolScan V ED.