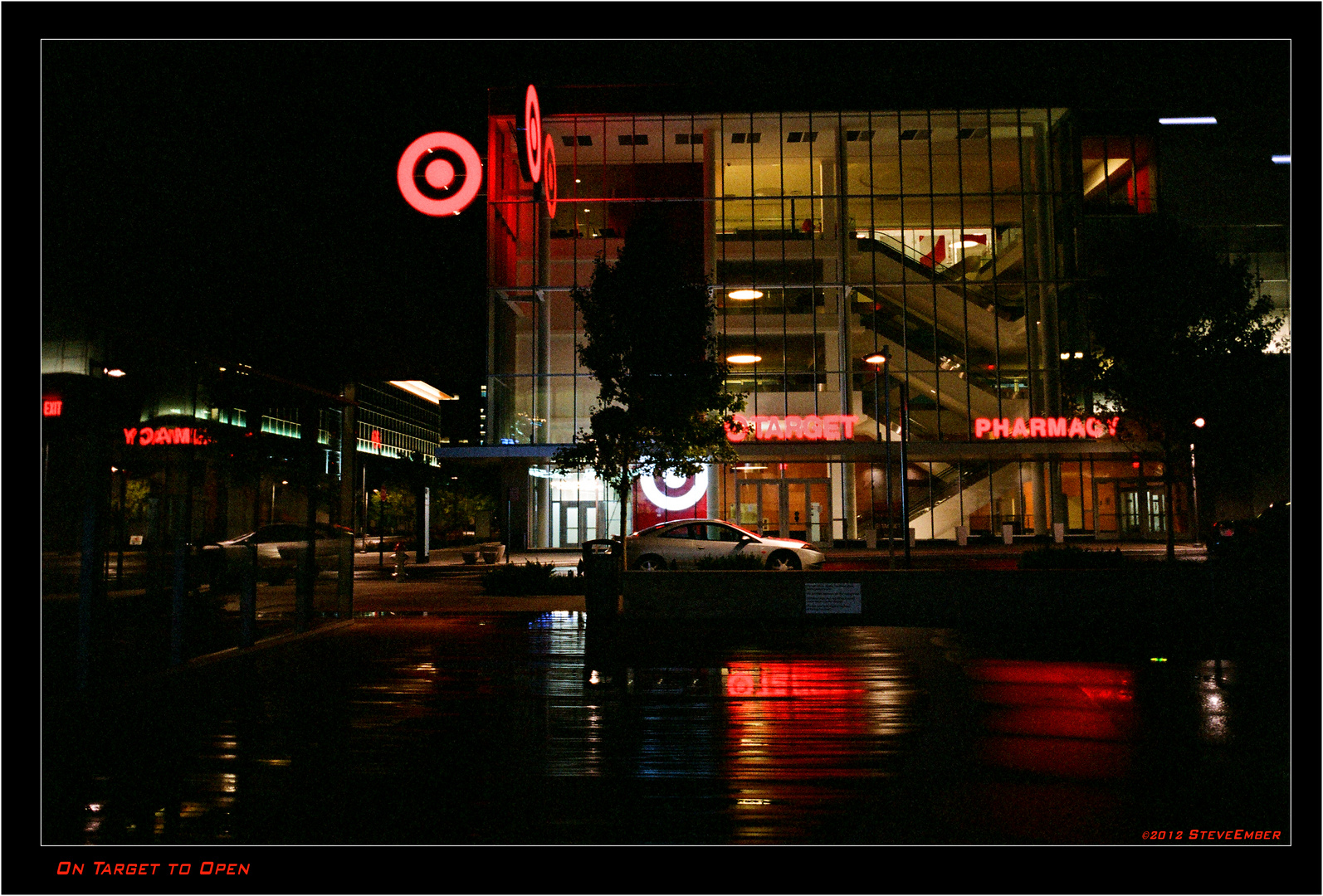 On Target to Open

On Target to Open

A bit of after-midnight mist and drizzle and the absence of any pedestrians
made this an inviting motif for me last month, while trying out my “new”
Contax G-1 rangefinder camera.

The brand new Target store – located in a new retail, theatre and hotel
complex known as “Mosaic,” in Merrifield, a northern Virginia suburb
of Washington D.C. – had not yet seen its first customers. Guess it will
have that nice “new store smell” for a while ;-)

Developers have been planning this revitalization of a decidedly
down-on-its-heels area for some years, since the nearby
station for the region’s Metro Rail rapid transit system created
a nexus for apartments and hotels. The parcel of land in which
Mosaic is being developed once contained a huge (if unglamorous)
multiplex cinema complex – possibly a casualty of wide-screen
TV in the home – but the developers did honor the cinematic legacy
with a very attractive boutique cinema, Athenikos.

The challenge now will be to find the way to integrate the
Mosaic complex, which lies across busy Lee Highway, and
at some remove from the Metro station complex, and
to perhaps find an inviting pedestrian-friendly plan to connect Metro and Mosaic.

The photograph was taken on Fuji NPS-160 film through a Zeiss 28 mm lens on the G-1.

It will be initially available in large metallic "aluminized" gallery prints.