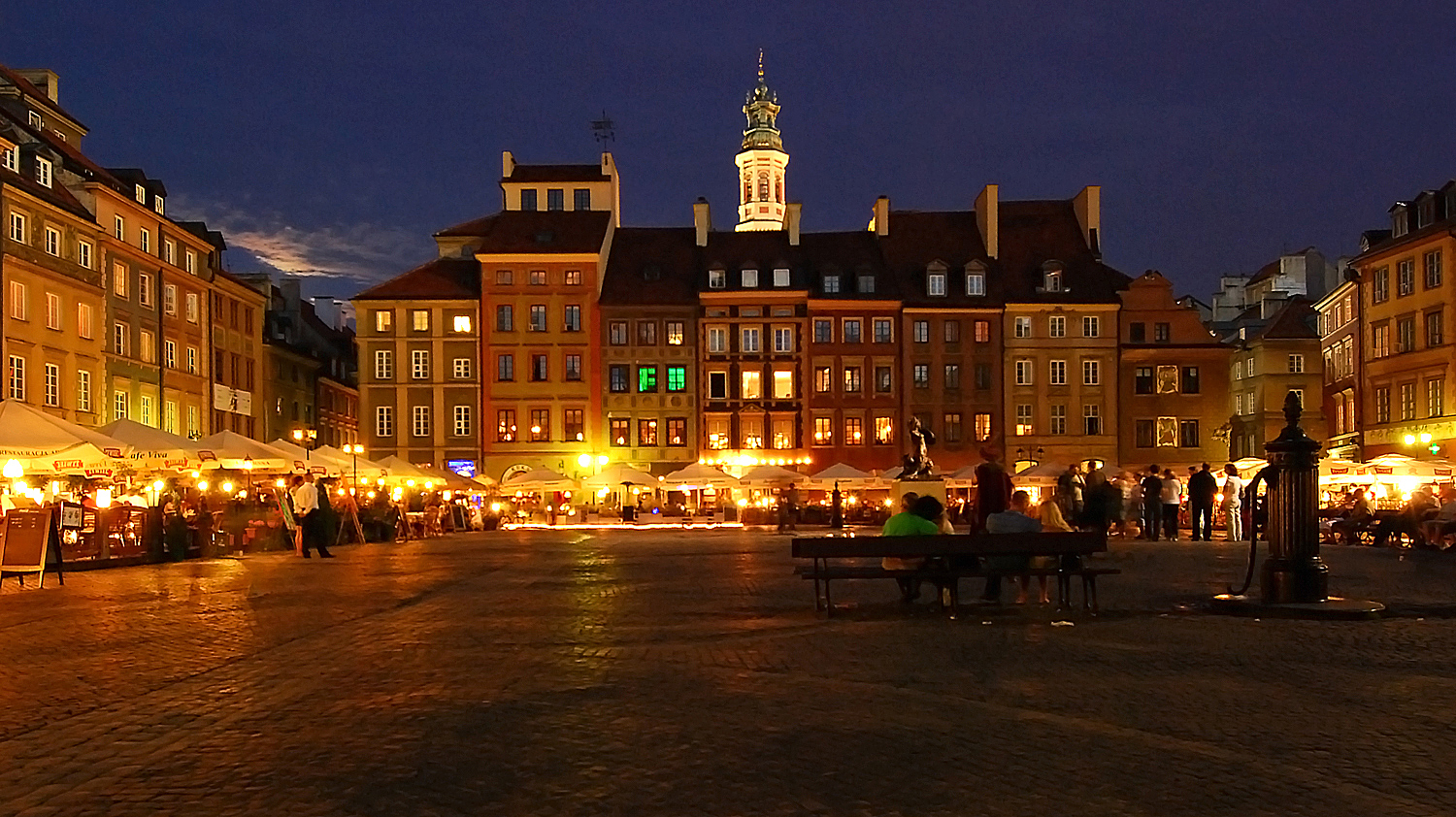 Old Town Market Square, Zakrzewski Side, in the city of Warsaw (Warszawa), Poland (Polska). Founded in the late 13th and early 14th centuries, this is one of the most picturesque corners of the city. It was once the main square of Warsaw: celebrations and markets were organised here, and legal judgements were passed on the condemned. The central part of the market was originally occupied by the town hall which was demolished in 1817, and in 1944, the Old Town was completely destroyed. All its buildings were reconstructed after World War II and their appearance is a perfect match to the Square's original look in the 17th and 18th centuries.