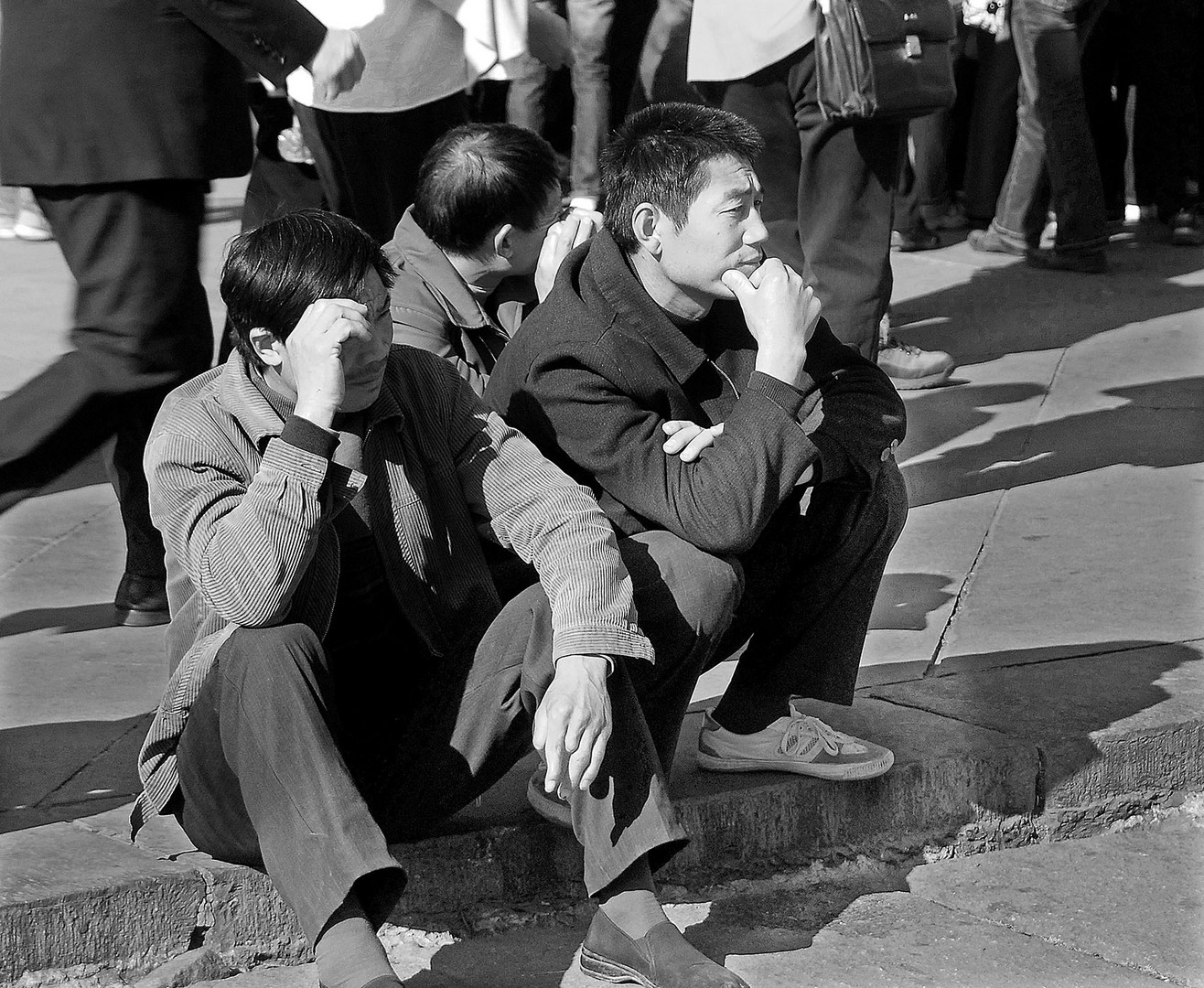 Their generation stands in the midst of a certain change. They've been brought up in Mao's morbid austerity considering offense putting few more coins in their pocket and now they stare greedy but also sceptical before venturing some hasitant steps towards what is presented by the officials as more liberal economy. But also doubtful as how much true is that and how much helpful may prove in bettering off their lives.
The change in the Soviet system hasn't fully convinced them.....