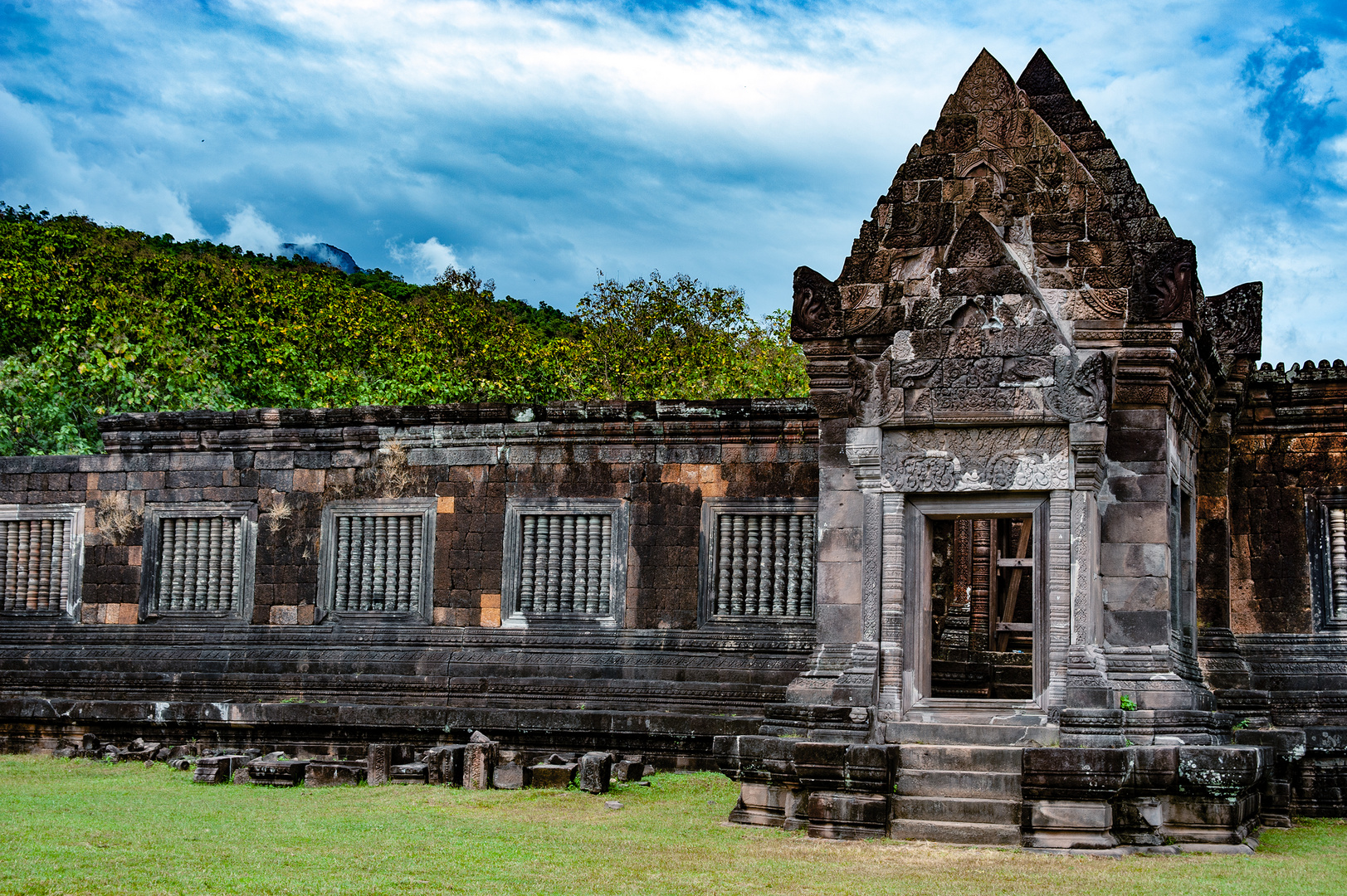 The palace stands on a terrace on the right side of the axis. It's known as the north palace or, without any evidence, the men's and women's palaces (the term "palace" is a mere convention and their purpose is unknown).
The walls of the northern palace's corridor are laterite.
The building in its good condition is notable chiefly for its pediments and lintels, which are in the early Angkor Wat style.