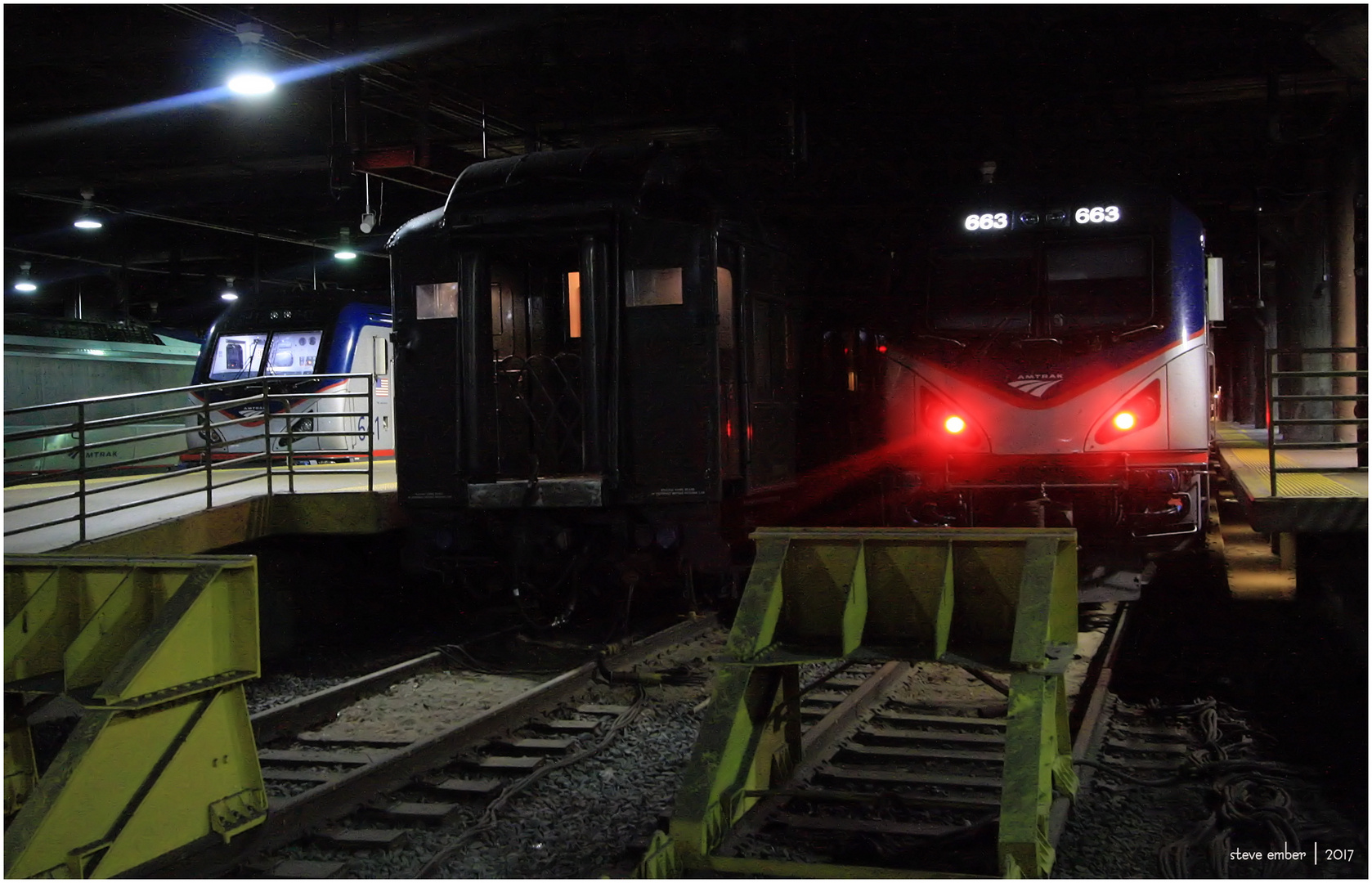 It’s 2 AM on a Sunday night and most of the passenger train activity along Amtrak’s
busy Northeast Corridor is tucked in for the night, at least at the Washington end.

At Union Station, a heavyweight passenger car dating back to the steam era provides a sort of “time machine” counterpoint to two of Amtrak’s newest high speed electric locomotives, belonging to the ACS-64 “Sprinter” class, which are the primary power for most of the (non-Acela) trains on the NEC. Just past the ACS-64 at left, on the adjacent track, can be seen a bit of an Acela power car (one of the high-speed train’s two locomotives at either end).

The vintage car is most likely part of a private car consist that will be attached to the rear of an Amtrak Northeast Regional train departing later in the day for New York and points north. As such, it would have been reworked to accept head-end AC power from one of those “Sprinters” for its lighting, HVAC, and other electrical needs…

But if you’d like to imagine steam hissing from her rear, as it once did, adding clouds of vapor and
a sense of mystery and romance to the scene…well, that’s fine with this photographer.