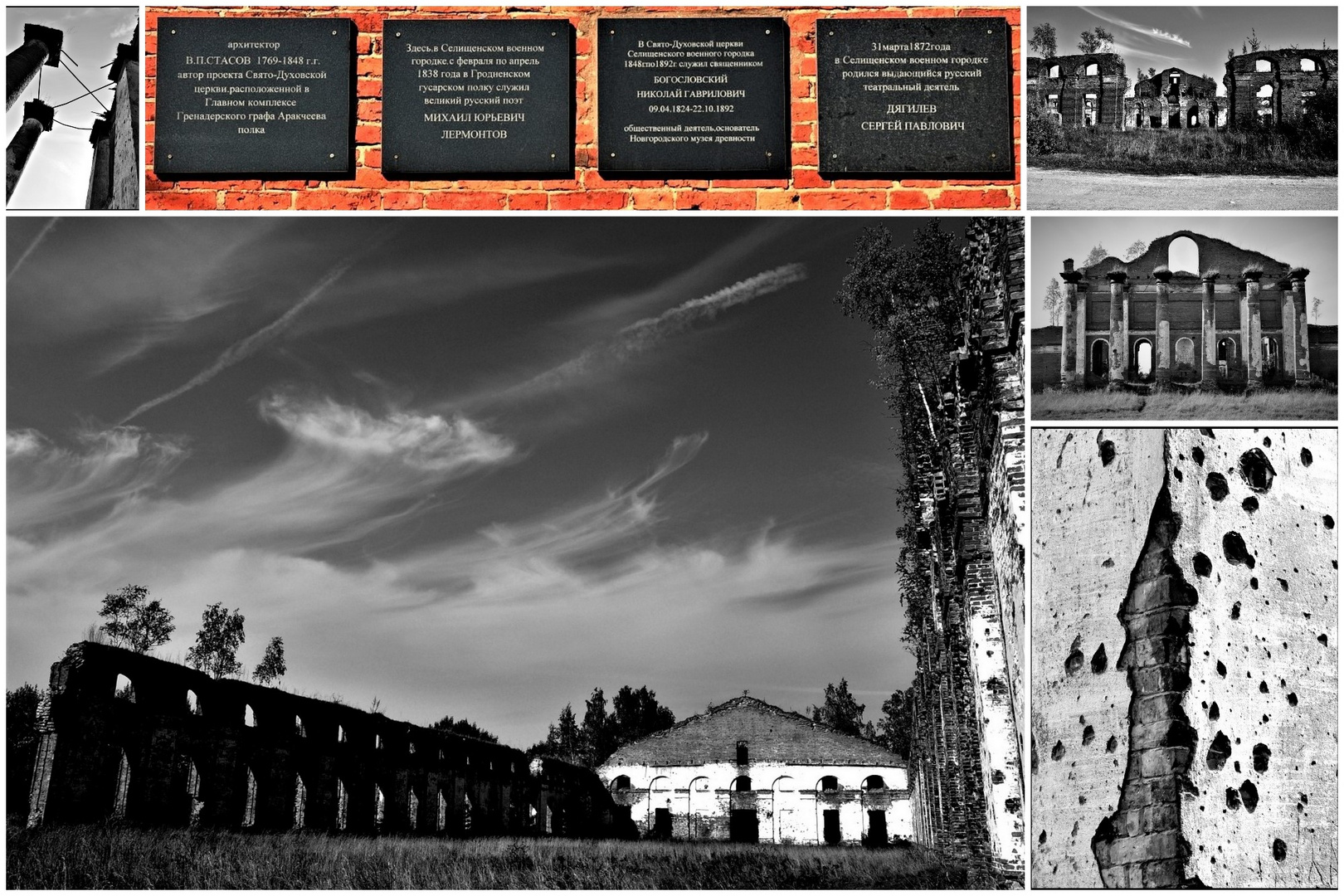 The village of Selishchi is located on the right bank of the Volkhov River in the Chudovsky District of the Novgorod Region. This place is famous for the fact that there are the ruins of the barracks, which were built by 1826 at the expense of Count A.A. Arakcheev for the Grenadier Regiment and were under his patronage.
This place, surprising in its historical upheavals, is notable for the fact that many famous names are associated with it. First of all the name of russian classical poet Mikhail Lermontov is associated with it. Eyewitnesses recalled that all the walls of the room where Mikhail Lermontov lived during his stay in the military barracks of the hussar regiment were written with poems ...
The famous architect V.P. Stasov also participated in the development of projects for the buildings of the headquarters complex.
The constructions included, in particular, three spans, with six columns and antes, of the Holy Spirit Church of the Basilica type, as well as a regimental equestrian arena, where everyone could go horse riding in their free time. The arena was truly enormous ("three squadrons were placed in a long front in length"), parades were held there on holidays.
On March 31, 1872, an outstanding Russian theater figure Sergei Diaghilev was born in the Selishchensky military settlement.
... The military operations of 1941-42, which passed through the Novgorod village of Selishchi, led to the fact that the former Arakcheev (Lermontov) barracks replenished the number of irreplaceable cultural and historical losses on Russian land.