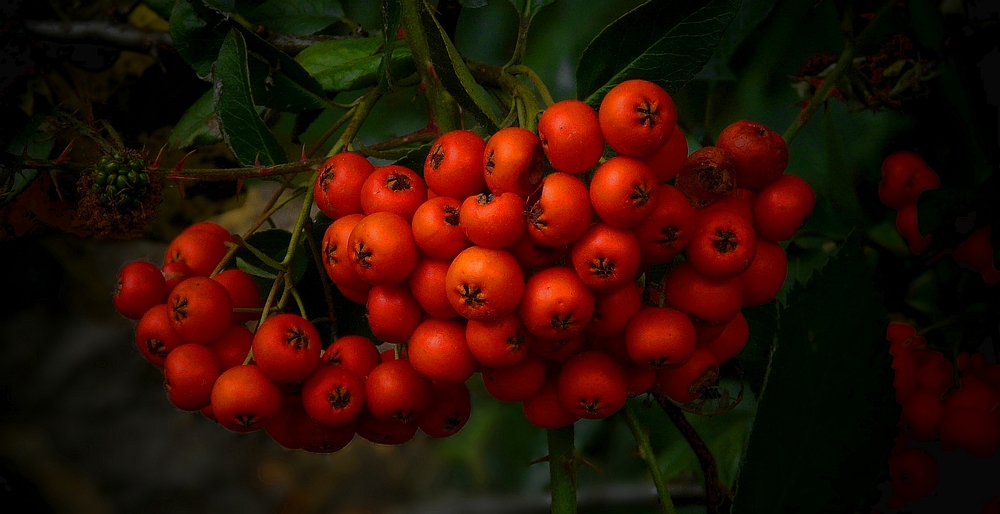 Narrowleaf Firethorn is an evergreen shrub, native to China.
It is also widely cultivated as an ornamental garden shrub with several cultivars selected for variation in berry colour.

The bright orange/red Firethorn berries taste very bitter, making them inedible for humans, but they are a very important source of food for birds during winter when food is scarce (especially blackbirds are crazy about them).