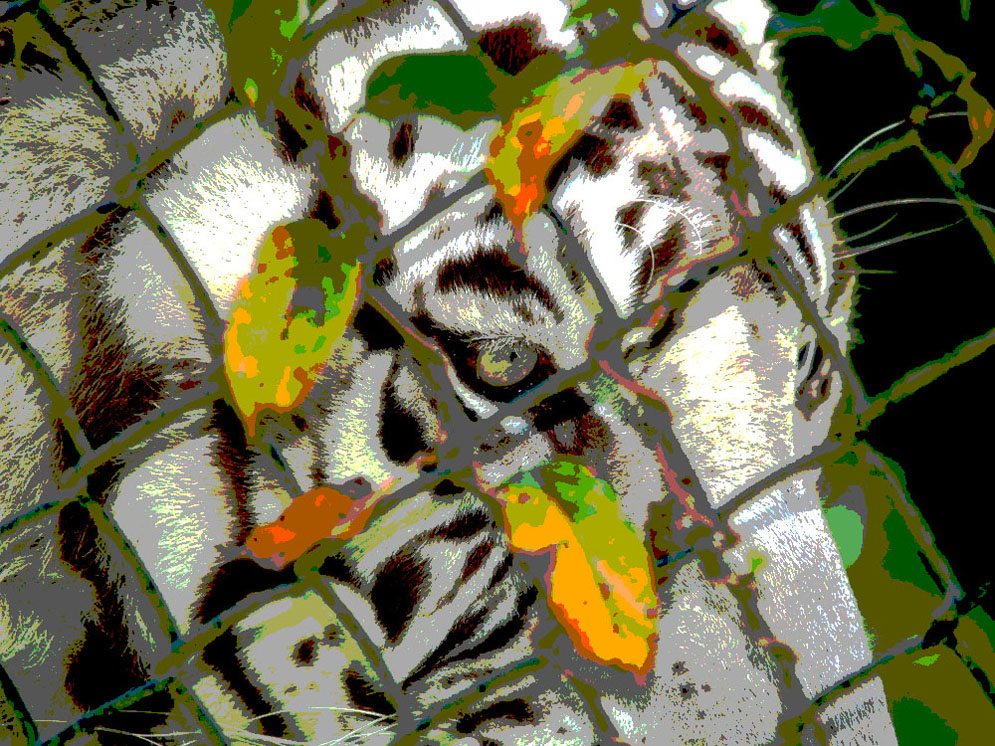 This is our wonderfully spoiled white tiger, Namaste, at the zoo in Hilo, posterized with the default setting on PS.

I have been reprimanded by my good friend Marco (Alfred) for not uploading and telling you what's happening. So here goes. . . .

I began taking chemotherapy last October, mainly because statistics show a much better survival rate with it than without it. I get the 'cocktail' on Wednesdays for three weeks, take a week off, then begin another three-week cycle. It saps a lot of my energy, especially for the first three or four days, then just when I start feeling my strength returning, it starts all over again. During this period I haven't been interested in doing much except reading. The good news is that next Wednesday is my last!!! session. I still have to deal with my prostate cancer, but the radiation therapy won't start for a month or so, although I have already begun (from last July) hormone shots which brought my PSA down dramatically. By autumn I should be back to 'normal.'

I took an additional week off in January to go to New York with my chorus. This time we sang at Lincoln Center. We'll go back next year (probably in May) to sing Karl Orff's Carmina Burana at Carnegie Hall. I got to spend some quality time with Marco while in New York. That was one of the big highlights for me.

On a sad note, Arnie has died. He was 44 years old, pretty old for a water buffalo. He spent his retirement years in a nice home where he was loved by many. We miss him.