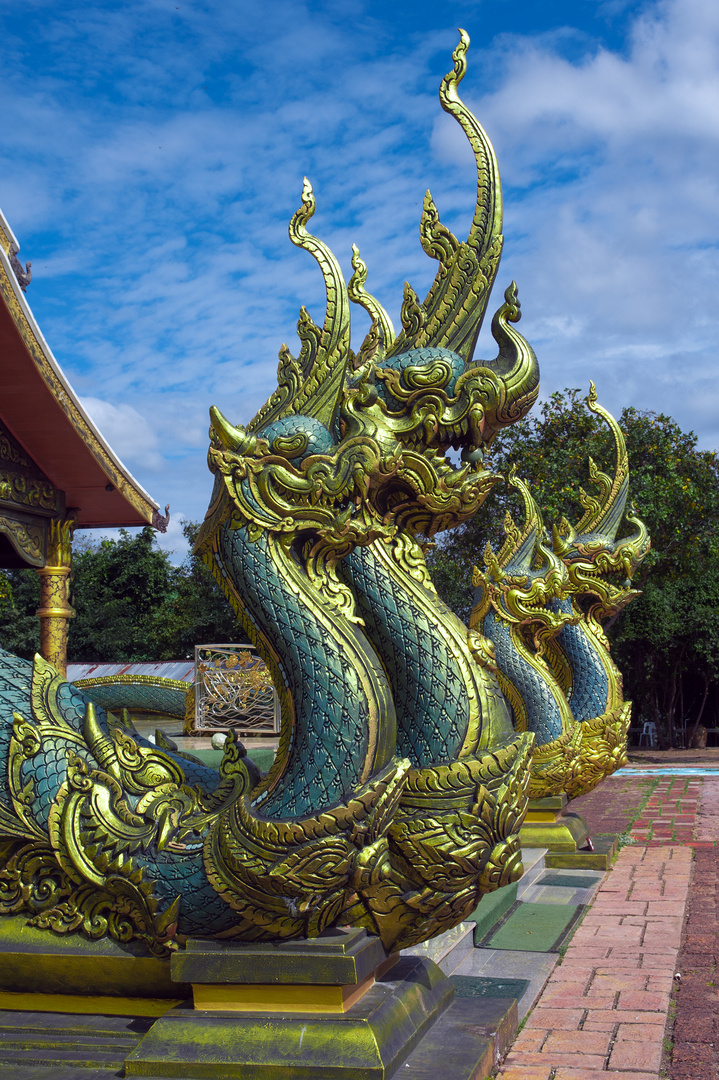 The Buddhist n?ga generally has the form of a large cobra-like snake, usually with a single head but sometimes pictured with a multiplicity. At least some of the n?gas are capable of using magic powers to transform themselves into a human semblance. Accordingly, in some Buddhist paintings, the n?ga is portrayed as a human being with a snake or dragon extending over his head or like here at the temples entrance.