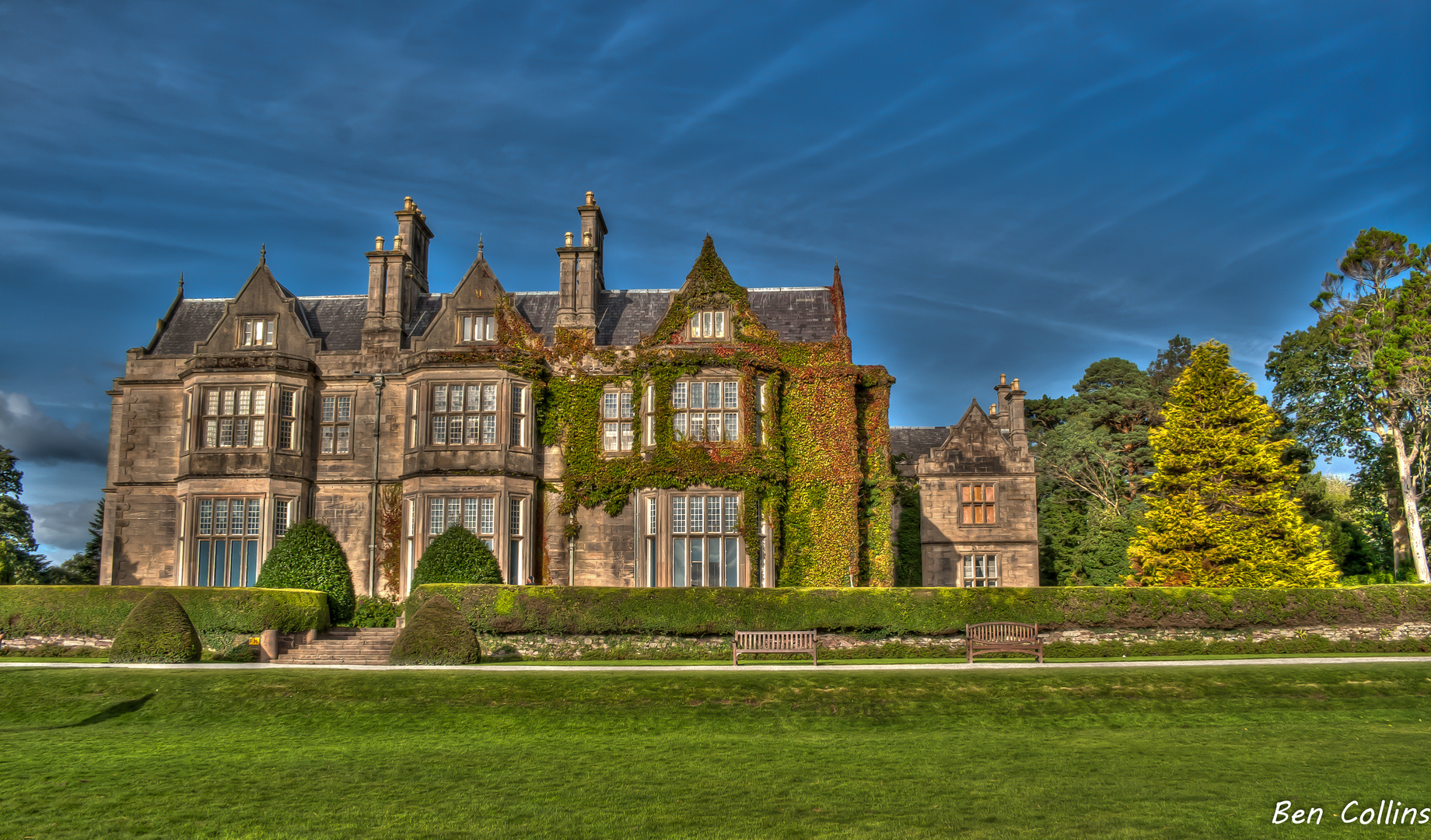 Muckross House is a mansion designed by the Scottish architect, William Burn, built in 1843 for Henry Arthur Herbert and his wife, the watercolourist Mary Balfour Herbert. With sixty-five rooms, it was built in the Tudor style. Extensive improvements were undertaken in the 1850s in preparation for the visit of Queen Victoria in 1861. It is said that these improvements for the Queen's visit were a contributory factor in the financial difficulties suffered by the Herbert family which resulted in the sale of the estate. In 1899 it was bought by Arthur Guinness, 1st Baron Ardilaun who wanted to preserve the dramatic landscape.