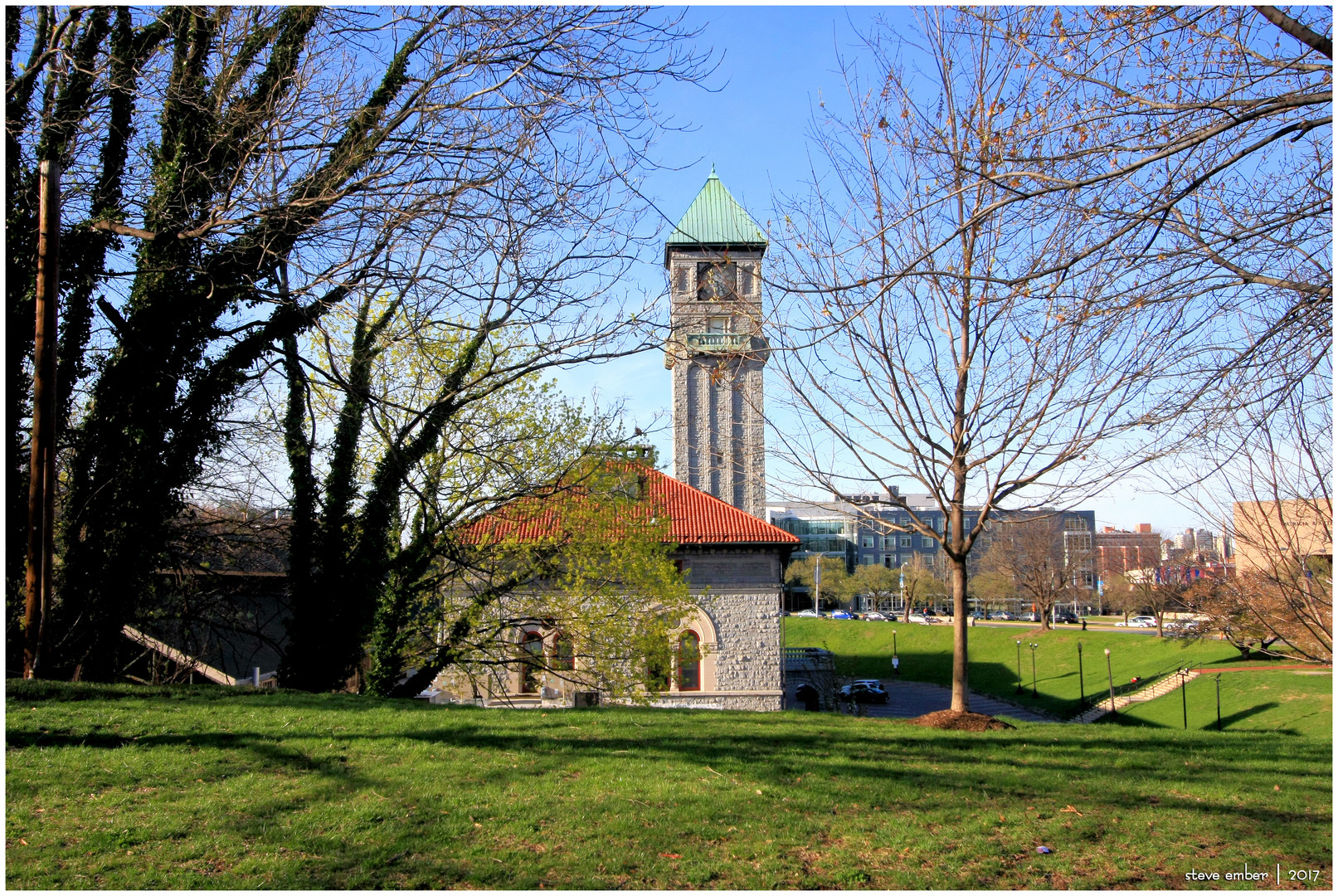 The south end of Baltimore's Mount Royal Station on an afternoon in early spring.

As a child I’d visit the station to see my Dad off on his business trips to Chicago on the B&O’s crack
Capitol Limited. The same station would be the much loved point of departure, in the opposite direction,
with Mom and Dad for trips to New York on the equally renowned Royal Blue.

Fortunately, the magnificent structure of Mount Royal Station with its tall clock tower and circular
plaza were maintained by the Maryland Institute College of Art, which uses the building for its art studios.

The CSX now owns the tracks that pass through here, and several of the railroad's freight trains
rumble out of the Howard Street tunnel into the station's trainshed, seen at left through the trees,
in their subterranean transit of a large swath of downtown Baltimore.