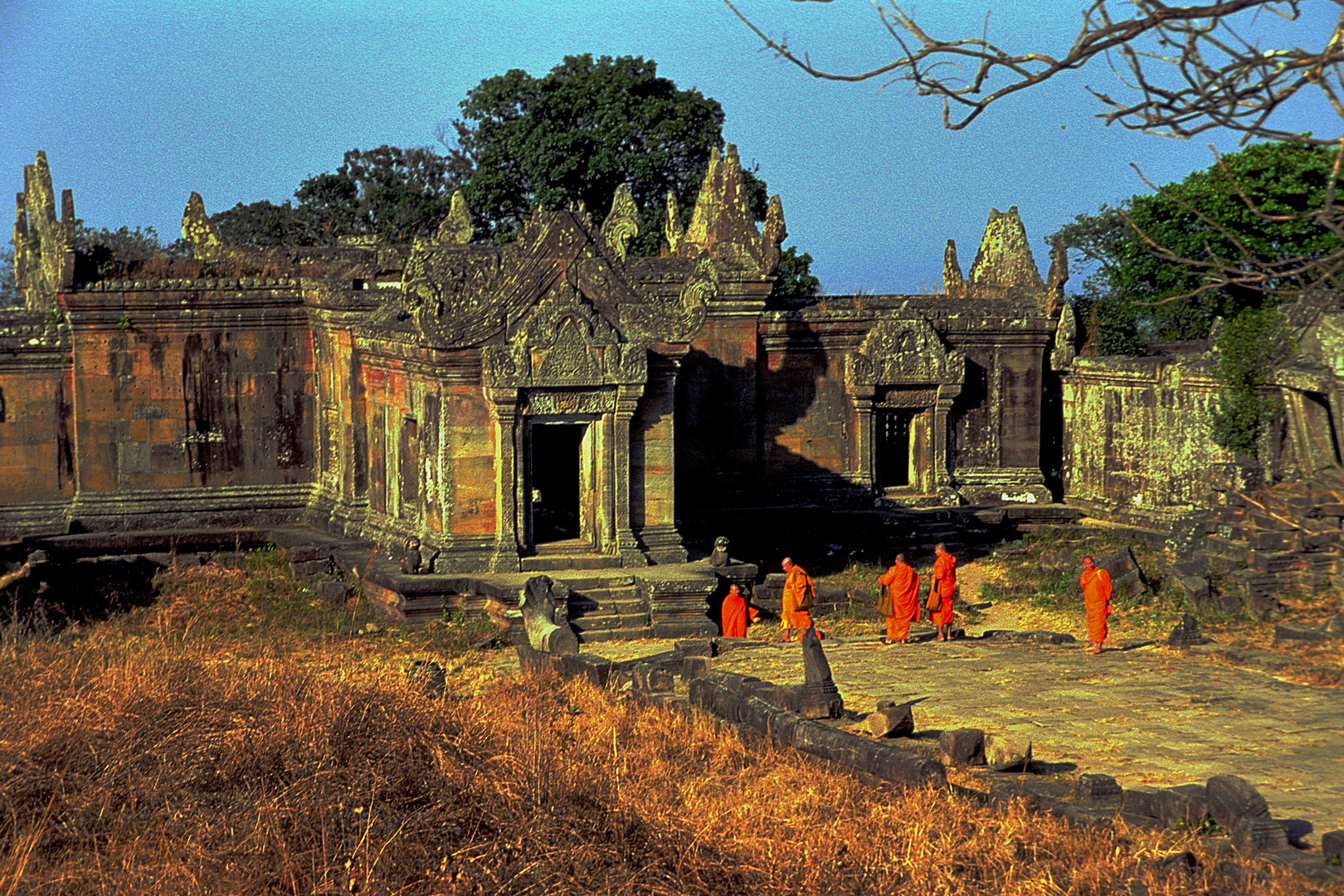 The first temple on the site was begun in the early 9th century; both then and in the following centuries it was dedicated to the Hindu god Shiva. The earliest surviving parts of the temple, however, date from the Koh Ker period in the early 10th century, when the empire's capital was at the city of that name. There are also elements of the Banteay Srei style of the late 10th century, but most of the temple was constructed under Suryavarman I and Suryavarman II in the first halves of the 11th and 12th centuries respectively. An inscription found at the temple gives a detailed account of Suryavarman II studying sacred rituals, celebrating religious festivals and making gifts, including white parasols, golden bowls and elephants, to his spiritual advisor, the aged Brahman Divakarapandita. The Brahman himself took an interest in the temple, according to the inscription, gifting it with a golden statue of a dancing Shiva.