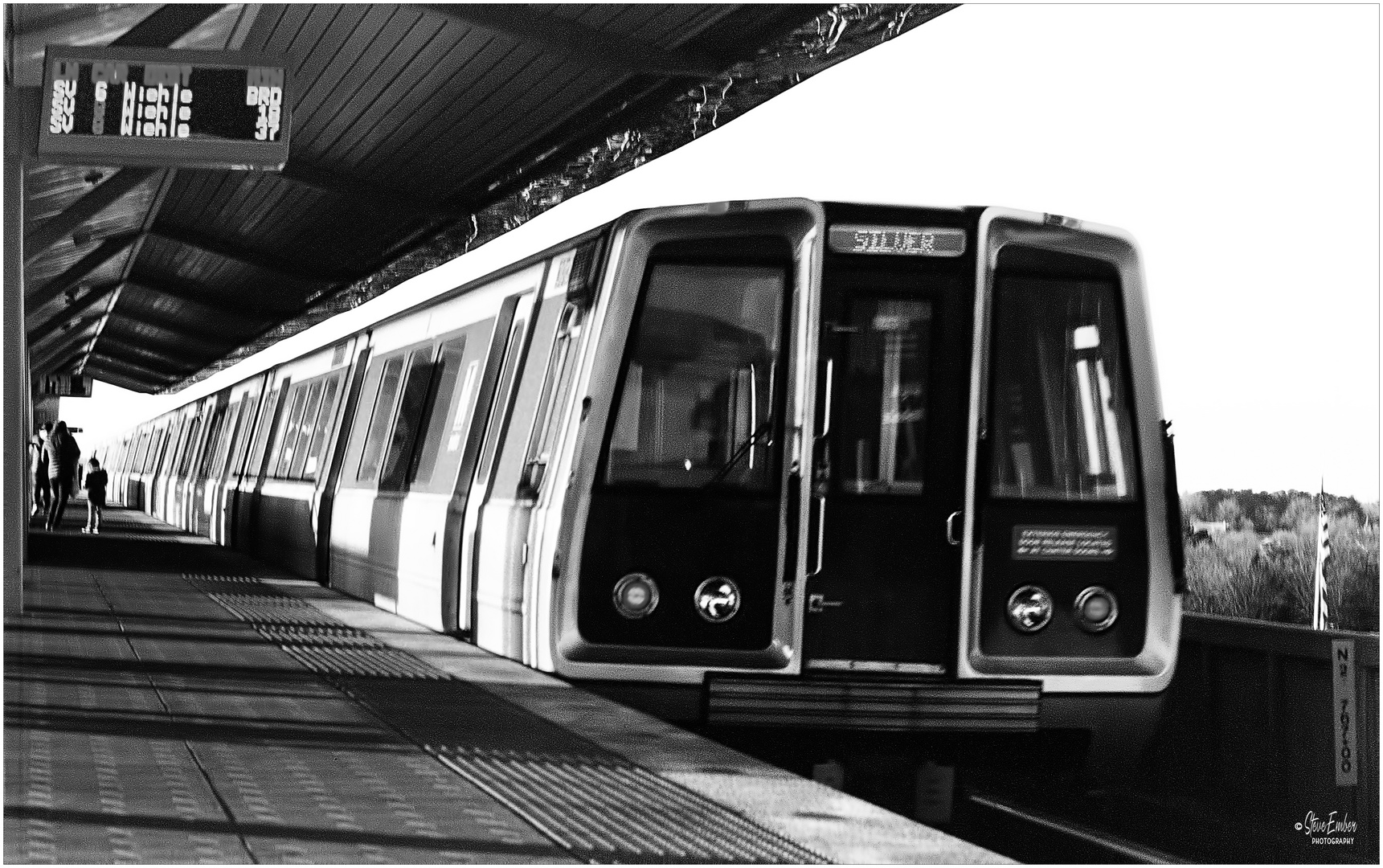 As the late day sun casts long shadows on the platform on this winter afternoon, a westbound Washington Metro
Silver Line train departs Spring Hill Station in northern Virginia. This being a Saturday, the rail system is running
on a weekend schedule, accounting for the longer headways between trains shown on the display above platform.

The Silver Line will ultimately reach Washington Dulles International Airport,
but for now it terminates at Wiehle Avenue in the town of Reston.

For this stretch of its route, the Silver Line operates on elevated structures, here running along and above
busy Leesburg Pike. Trains in the opposite direction, toward Washington, dip below ground in Arlington to stop
at underground stations before passing under the Potomac River into the city. After tunneling through Washington,
the line goes into Prince Georges County, Maryland, where it continues above ground to New Carrolton.