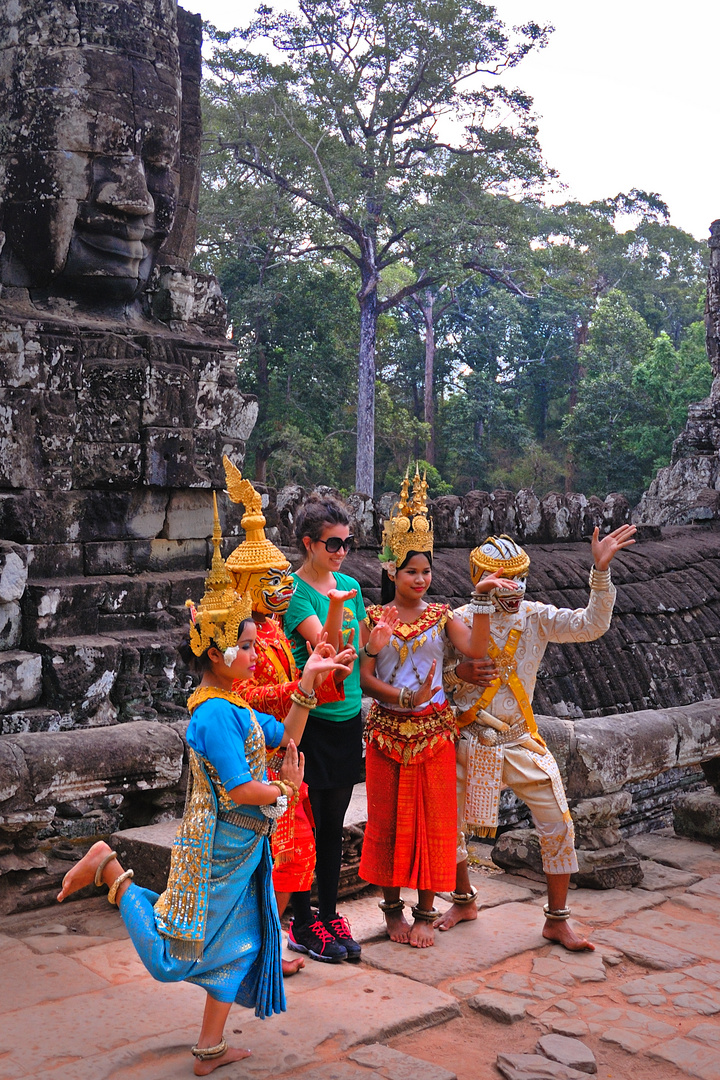 I usually like to capture people who are captured by another photographer. Here in Angkor Thom which means Great City, is the temple complex of Bayon, built in the late 12th century or early 13th century as the official state temple of the Mahayana Buddhist King Jayavarman VII.

When I came first time to Cambodia in 1996 we were the only visitors at the great complex, now it is an destination for hundreds of tourists.

Local employee get dressed in traditional outfit of an Hanuman, brother of Thosakan, figures out the Ramayana epos and Apsras, the angels of the Ravana mythology. This beautiful team make some income by presenting themselves for a photo shoot. The lady in the middle is a Korean visitor.
The face of king Jayavarman VII at the background.