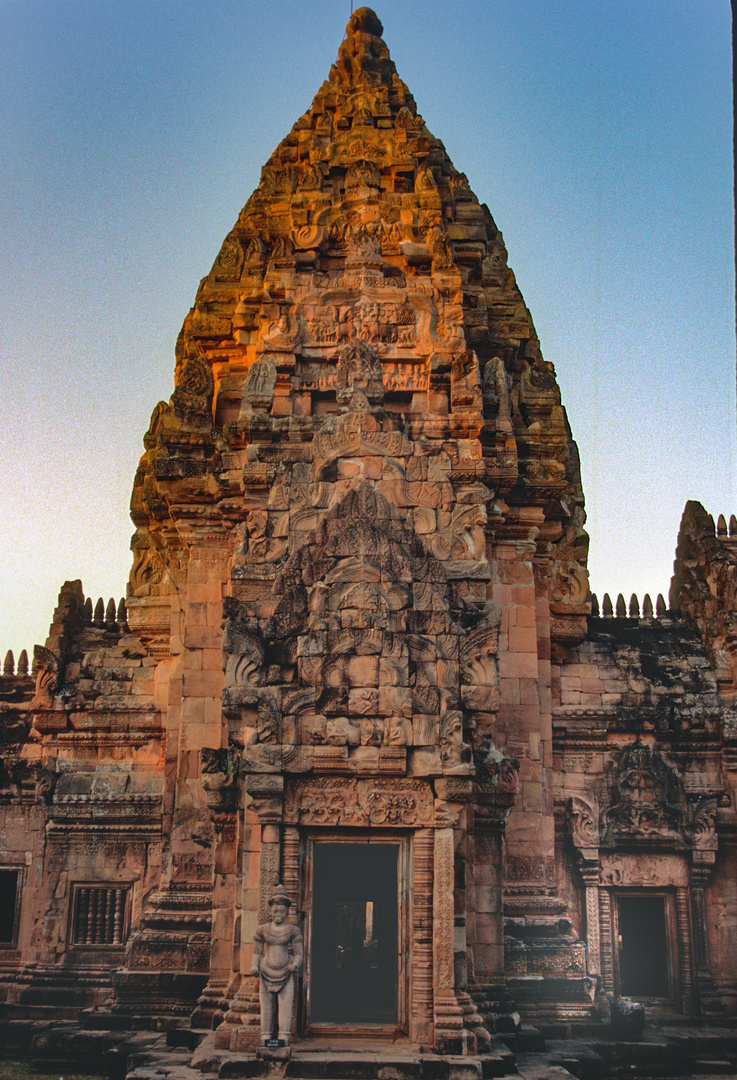 This temple complex is the largest and best restored of all Khmer monuments in Thailand.
Phanom Rung is at the top of a volcanic cone and it means in Khmer: 'big hill'. It was originally build as a Hindu monument as we can see in the Shiva Linga and the sacred bull Nandin.
The picture was captured with a Kodachome 64 ASA color reversal film and scanned with a Nikon CoolScan V ED.