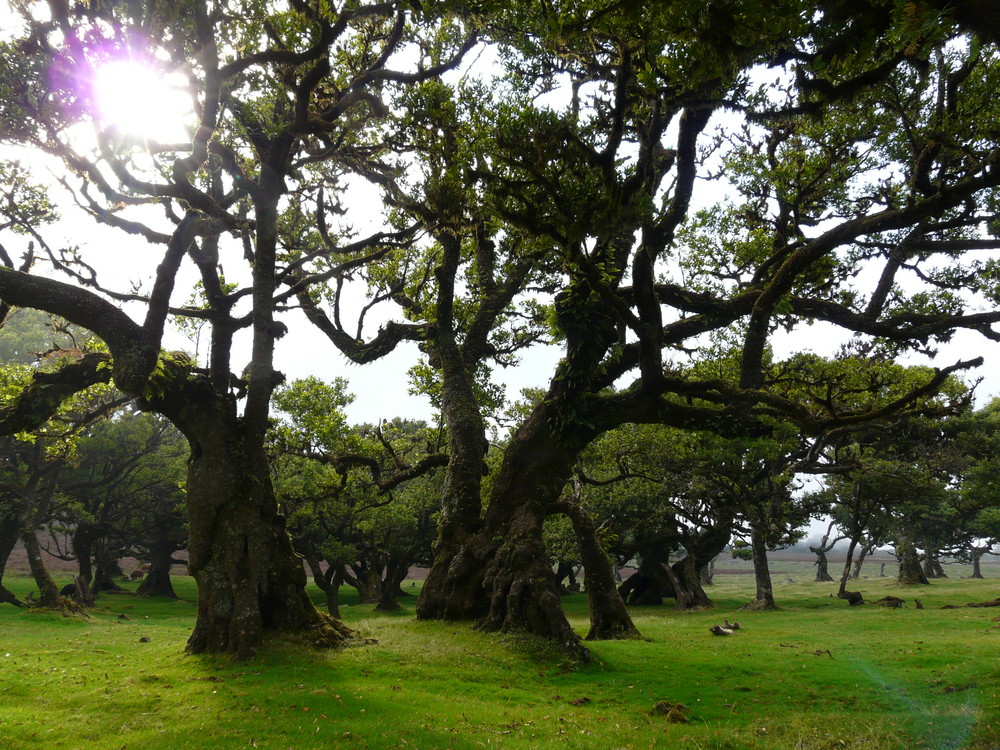 The name of this trees are Til (Ocotea foetens). They are integrated in the Laurissilva of Madeira. Laurissilva it is World Heritage since 1999 and it is protected area. The estimated age of these trees is more than 600 years old. It means, when the Portuguese discovered this Island they already exited. "The origins of the Laurissilva Forest date back to the Miocene and Pliocene epochs of the Tertiary period, around 20 million years ago. At that time, it covered vast areas in the south of Europe and the Mediterreanean Basin. At the beginning of the Quaternary, with the glaciations in Europe, the climate began to gradually cool. At the same time, there was a climate change in North Africa that made this region more arid. These factors led to a process of regression and consequent extinction of this forest in higher latitudes. Its name, Laurissilva, comes from two Latin terms laurus and silva which mean laurel and forest. It is a forested area in wwhich the dominant trees are from the family Lauraceae." (see more in the book - The Laurissilva of Madeira World Heritage)