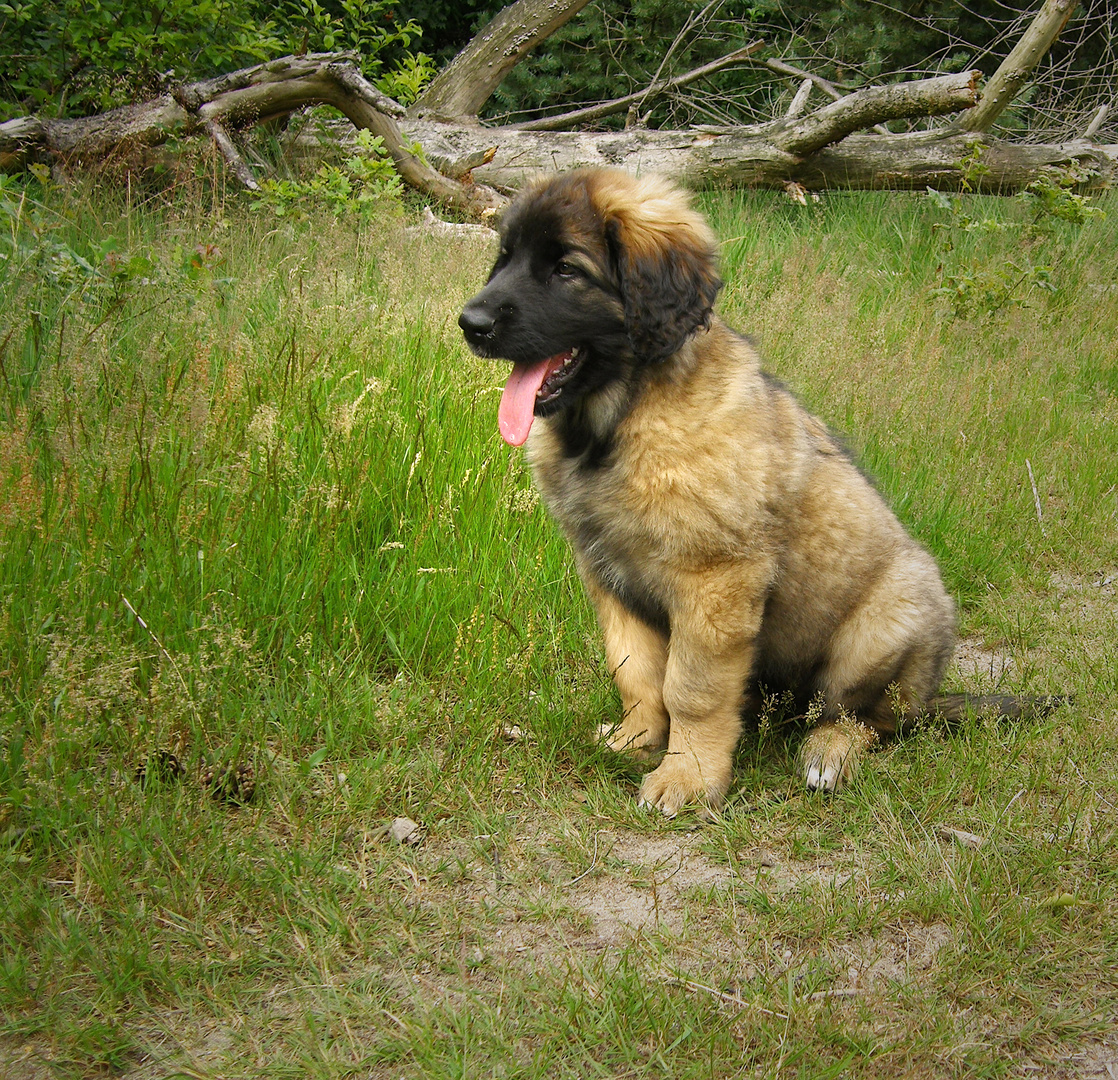 11 weeks old Leonberger.
The Leonberger is a giant dog breed. The breed's name derives from the city of Leonberg in Baden-Württemberg, Germany.
According to legend, the Leonberger was ostensibly bred as a 'symbolic dog' that would mimic the lion in the town crest.
http://en.wikipedia.org/wiki/Leonberger