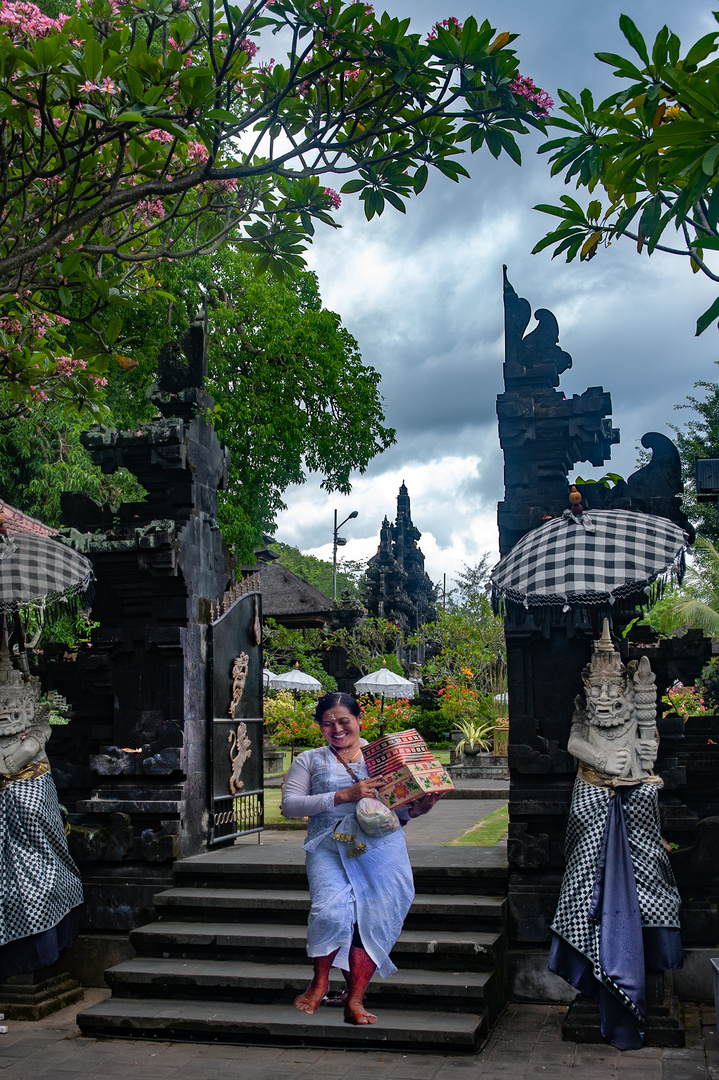 Leaving through the Candi Bentar

Leaving through the Candi Bentar

Way out through the Candi Bentar which is the split gateway to the universe.
The Hindu worshipper woman is leaving the temple complex after sacrificing their offering in the tempel altar.
The split gates are known as Candi Bentar, and are a common and important feature in Balinese temple architecture. They mark the entrances of the temples, drawing a line between the holy grounds and the outside world.

There is a legend about this type of gate. When the mountain Mahameru, seat of all Hindu gods, was transported to Bali in mythical times, it split into two parts. From these, the mountains Gunung Agung and Gunung Batur emerged. The Candi Bentar symbolizes the two halves of Mount Mahameru.