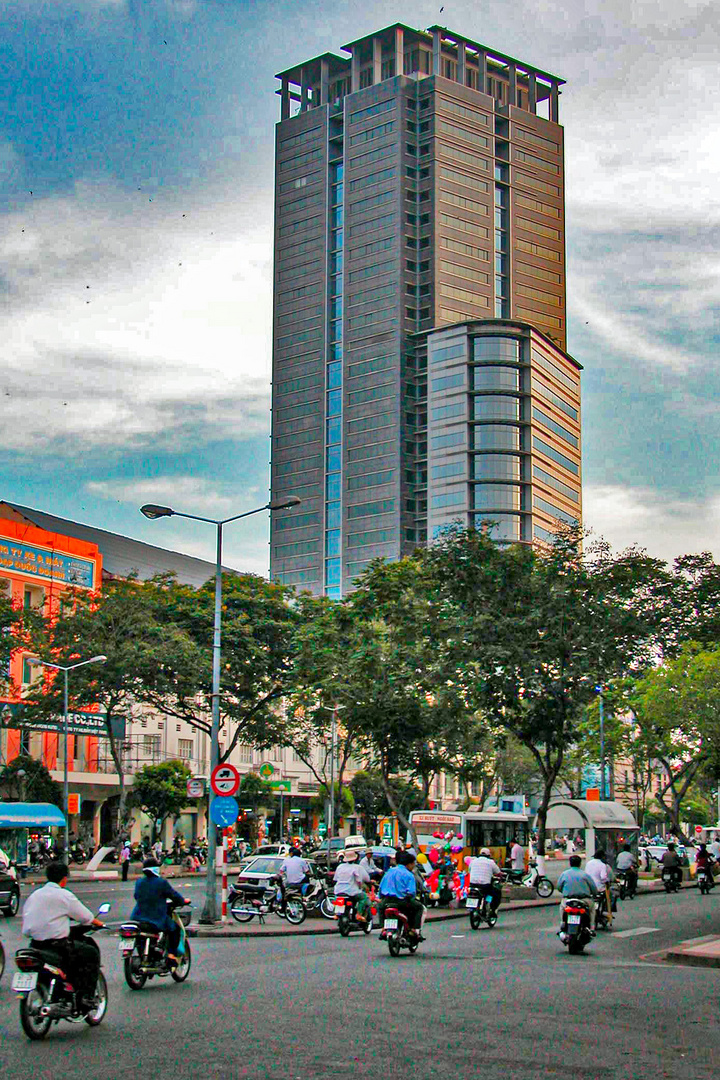 Ho Chi Minh City (Vietnamese: Thanh pha Ha Chí Minh, also known as Saigon, is the largest city in Vietnam, situated in the south. In the southeastern region, the city surrounds the Saigon River and covers about 2,061 square kilometres.
Le Loi Avenue is the biggest stretch of traffic and people in Saigon. This avenue is where we found the most glamorous shops - major European fashion companies, jewellers, delicatessens, restaurants (both Vietnamese and Western), cafes ... and of course the stalls on the pavement.
During the day the traffic is horrendous. As is normal in Vietnam, there are traffic lights, but nobody pays any attention to them. Crossing the street can be a real adventure!
There are 3.8 mill. motorcycles in this city with about 9 mill. residents in Saigon.
A foreigner coming from other Asian state and starting to drive in Vietnam he has the feeling like doing training as a professional swimmer in a pool with thousands playing kids.