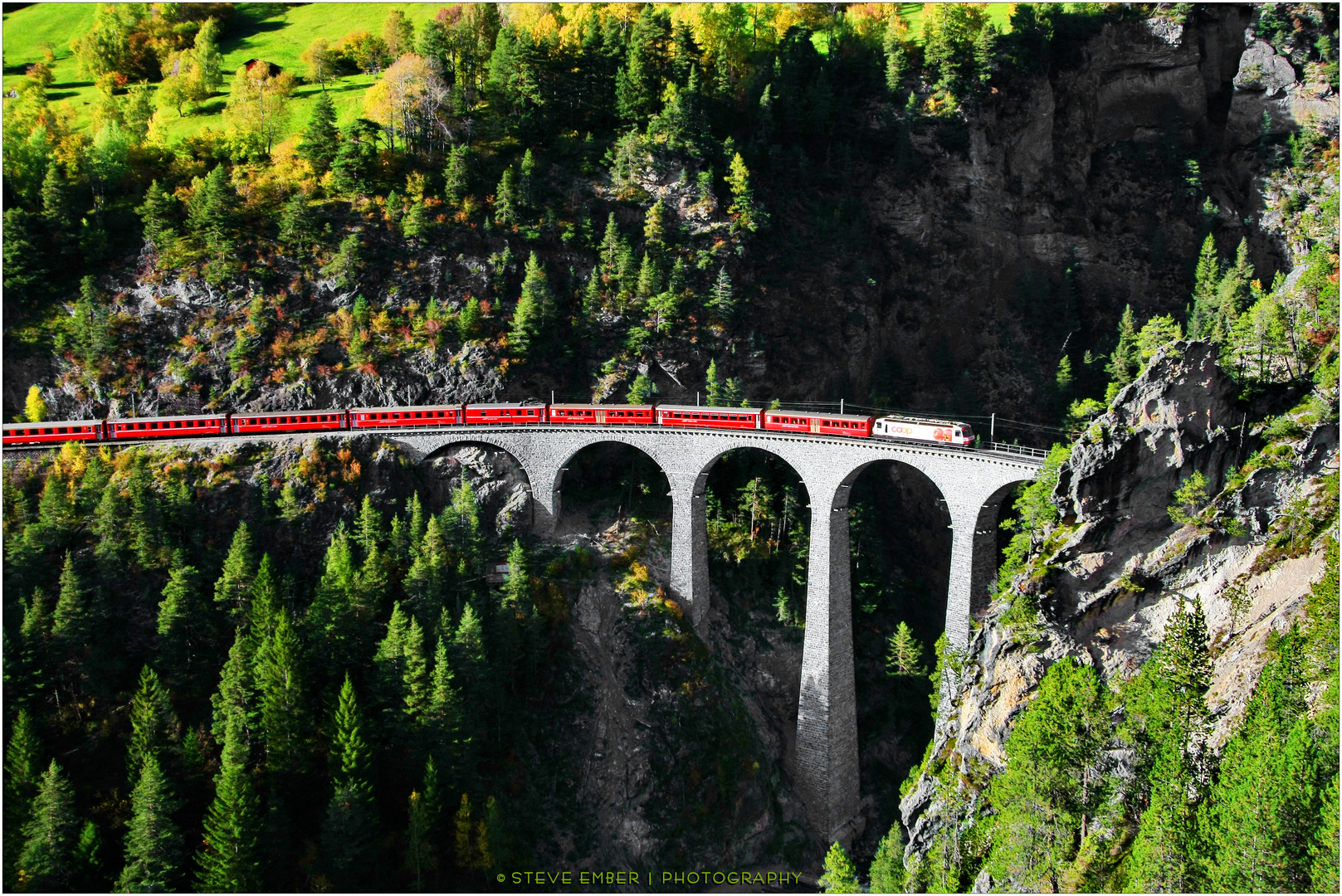 On a gray, rainy day in the eastern U.S., some golden autumn memories of a favorite place along my favorite railroad.

The curved structure, dating from 1902, carrying the Rhätische Bahn's Albula Line over the canyon of the
Landwasser River, is one of the most remarkable aesthetic and architectural features of this narrow gauge line.
The train is about to enter a tunnel high up in the rock-face and will emerge in a few minutes at the station in Filisur.

The photo, taken in October 2010, makes its first appearance today.