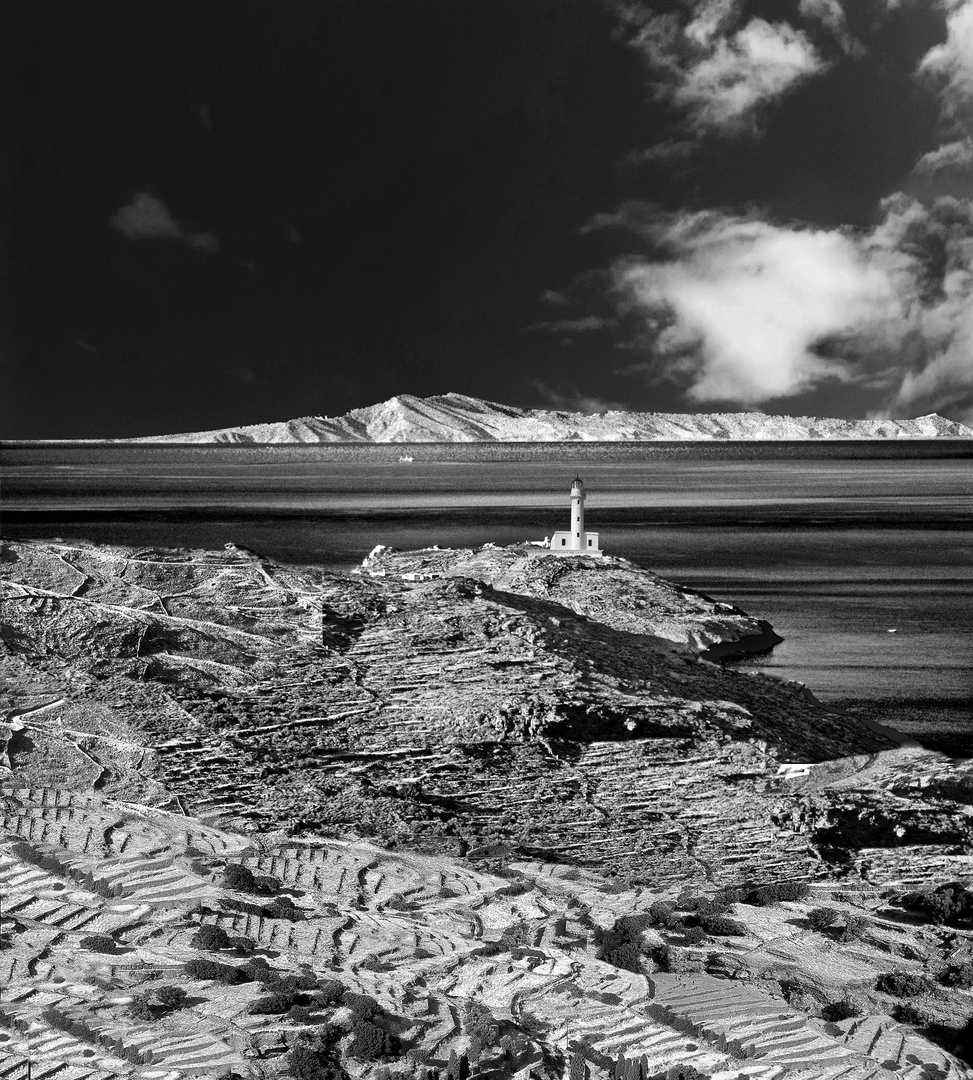 Greece Aegean Sea Cyclades
The Cyclades islands are just....rocks scattered- according to Mythology- in the Aegean Sea by Zeus in order to lessen the hostile bareness of the open sea...In the majority of them not a single tree can be found on their surface.They are inviting and picturesque in their minimalistic beauty which may attract photographers, poets, writters,painters, herimites but also ferociously testing in everyday hardship the locals who try to exploit all possible means in order to cultivate, at least, the bare necessities for the daily menu..
This photo was taken mainly to show how they try to profit from every inch of fertile land on the rock, wherever this is possible,forming this "graffity" like farms on the rocks. Looking at them from some height they can take peculiar shapes.
(The photo was taken in the island of Andros and can be seen in close connection with "Kastro 2" in my gallery. Thank you for taking the trouble)